Being in films (before death)

Reunite with her family by having them die and reanimate (failed)

She was played by Darlanne Fluegel.

Renee Hallow was an actress and the wife of veterinarian Chase Matthews, as well as the mother of main protagonist; Jeff Matthews. While filming a movie scene, Renee is accidentally electrocuted to death on an electric fence, much to the horror of Jeff, who watched his mother's passing.

After witnessing the powers of the Indian pet cemetery, Jeff and Gus (the latter having been buried and revived from there) exhumed Renee's body and buried her there. Like many buried there, Renee returned from the dead with a malevolent and murderous personality. She arrived at Chase and Jeff's home and caught housekeeper Marjorie wearing one of Renee's gowns, and later killed Marjorie with a shard of glass in her right eye.

Chase finds the undead and villainous Renee with Jeff, and warns Jeff to get away from Renee. Renee proclaims her love for her son, who later encounters undead school bully Clyde Parker, who attempts to kill Jeff. Renee laughed maniacally and watched with evil glee as Jeff and Clyde fought. She later locked the door of the attic and began setting the room ablaze, with plans to keep Jeff with her in death. After Jeff kills Clyde, the evil Renee calls for Jeff--all the while, the right side of her face starts to melt. She pleads for Jeff to remain by her side, but Jeff is no longer under Renee's evil stranglehold and he carried Chase out of the attic. Renee continued to melt and eventually succumbed to the flames--her evil laughter heard during her demise. 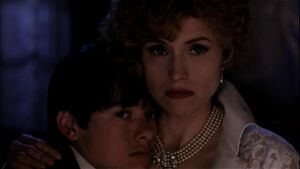 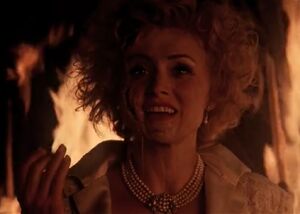 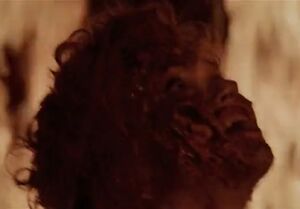 Add a photo to this gallery
Retrieved from "https://villains.fandom.com/wiki/Renee_Hallow?oldid=3226546"
Community content is available under CC-BY-SA unless otherwise noted.