Escape into the real world.

He resembles a diminutive humanoid with silvery skin, red- rimmed green eyes, rotted teeth, and most notably, an enormous brain that completely takes up the top of his head. His voice has an eerily hollow, mechanical- sounding nature to it. He appears to possess an extremely sadistic personality, deriving genuine glee from the destruction he causes.

He was portrayed by Paul Cagelet.

Evan and Simon were best friends who love playing pranks on each other. As their prank war escalated, it began to turn from harmless fun into something more malicious.

After Simon got Evan in trouble at school, Evan came up with the ultimate prank: he uploaded the virus into their science teacher's virtual reality game right before Simon was given a chance to beta test it. The prank was funny at first, until the virus took on a life of his own, trapped Simon in the game, and tried to upload itself into his body and escape into the real world. Evan patched into the game and with his help, Simon escaped from the game and the virus was seemingly destroyed.

Afterwards, Simon and Evan agreed to stop acting like jerks and playing pranks on each other. In the story's final scene, we see that the virus had still escaped into the real world somehow. 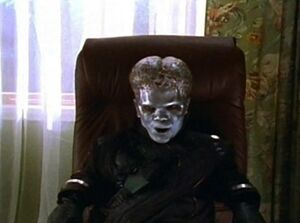 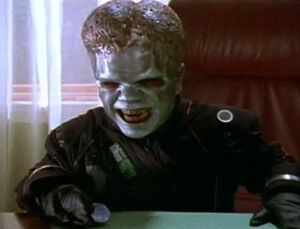 Add a photo to this gallery
Retrieved from "https://villains.fandom.com/wiki/Renegade_Virus?oldid=3509603"
Community content is available under CC-BY-SA unless otherwise noted.