Ally of the Sorcerer Kingdom

Assist Ainz Ooal Gown to take over her kingdom

Chain Climb for herself as her own possession

Renner Theiere Chardelon Ryle Vaiself, also known as the Golden Princess, is a supporting character in Overlord and the third season of its anime adaptation series. She is the Third Princess of Re-Estize Kingdom, youngest daughter of King Ramposa III and youngest half-sister of Crown Prince Barbro Andrean Ield Ryle Vaiself and Second Prince Zanac.

While publicly known to be a beautiful, benevolent and wise princess, Renner is secretly a sadist and Yandere who shows obssession towards her bodyguard, Climb. She is also a secret affiliate to Ainz Ooal Gown and the Sorcerer Kingdom, trying to betray her kingdom in exchange of her place in the Great Tomb of Nazarick.

She is voiced by Kiyono Yasuno in Japanese version and by Jessica Peterson in English version.

Initially presented as a caring and sweet young princess, Renner soon reveals herself to be nothing but an obsessive sadist. She is renowned for her wisdom beyond her age, and it's later shown to be beneficial for her manipulative skills.

Secretly, Renner is also selfish and never cares about anyone else at all. The only person she seemed to care about is Climb, her personal guard, but she only sees him as her possession with a sense of twisted love. After being secretly joining Nazarick, she does not hesitate to betray her kingdom, family and people without a shred of remorse.

Described as a spiritual heteromorph, Renner is a human, yet one of the most inhumane characters in the entire Overlord series ever, even worse than the likes of Clementine. She understands the concept of both good and evil, but she is not hestitated to commit evil traits to benefit her own goods. Overall, the Golden Princess is the type who was unbound by the petty constraints of morality. Instead, she wold calmly worked for anyone, even the fearsome Ainz Ooal Gown, to advance her own agenda. 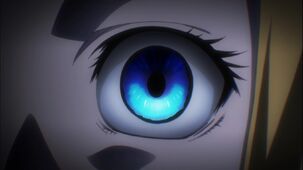 A glimpse of Renner's true nature 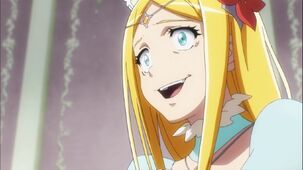 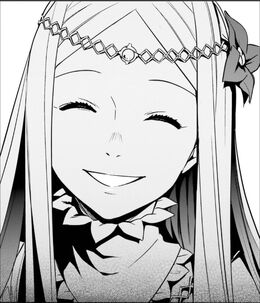 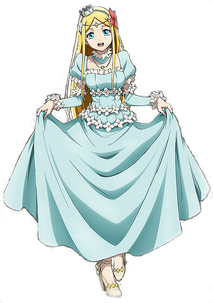 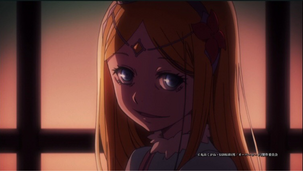 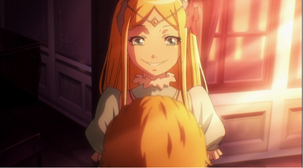 Retrieved from "https://villains.fandom.com/wiki/Renner_Theiere_Chardelon_Ryle_Vaiself?oldid=3552245"
Community content is available under CC-BY-SA unless otherwise noted.