Somewhere around the year 21XX A.D.

The Repliforce is a military Reploid army that serves as the main antagonists inMega Man X4.

The Repliforce was an organization of Reploids created by Dr. Cain at around the year 21XX A.D. to provide support for the Maverick Hunters following the failure of the Mavericks' notorious leader Sigma.

This group was also created to reduce Maverick activity, even after the incident at Doppler Town involving the scientific Dr. Doppler.

One stormy night, the chief commander of the Repliforce, the General, had a meeting with a mysterious figure at the conference chamber inside the Repliforce's Memorial Hall who warned him of the Maverick Hunters and persuaded him to fight against the Hunters. The General was not easily swayed by the figure's words and dismissed him.

An attack on the flying city Sky Lagoon soon occurred, and Repliforce was blamed for the attack since they were in the area at the time, unaware that it was the traitorous Magma Dragoon who caused the attack.

The Repliforce was soon branded as Mavericks, and the General then planned to achieve independence for the Reploids, which was viewed as a coup d'état against the human governments themselves.

After all five Repliforce leaders were defeated, the Repliforce began to assemble at the space port, where X and Zero faced off against the Colonel, resulting in the Colonel's death. Then they arrived at a gigantic flower-shaped space station called the "Final Weapon, where X and Zero were confronted by Double and Iris, Double being revealed to be a spy and Iris looking to avenge her brother's death. After both Double and Iris were defeated, X and Zero confronted the General, who revealed his plans to create a new nation for the Reploids in space.

After defeating the General, X and Zero confronted the mysterious figure, who was revealed to be Sigma, and that Sigma was responsible for staging the war between the Hunters and the Repliforce, having played both sides. After Sigma was destroyed, the General sacrificed himself by flying into and destroying the core of Final Weapon.

After the war, only two members had remained of Repliforce, Spiral Pegasus, and Mattrex. Both members were destroyed as Mavericks after the former was infected by the Sigma Virus and the latter due to a misunderstanding. 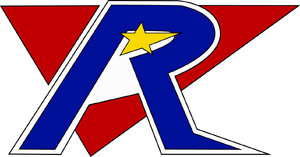 The official logo of the Repliforce. 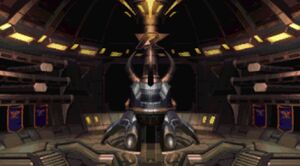 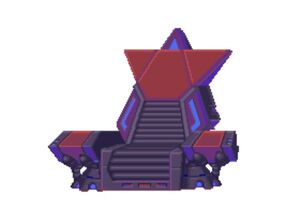