NOTE: This article is about the incarnation of Reptile (2021) from the Mortal Kombat (2021). The mainstream version can be found here: Reptile.

Reptile is a minor antagonist that appeared the 2021 live-action film Mortal Kombat.

Reptile is an athletically built humanoid lizard with green scales, as wells as having spiked arms and head. He also has very sharp claws, a long tail, and has the ability to go almost completely invisible whenever he chooses.

Reptile was been sent by Shang Tsung to hunt down champions that have dragon mark on their bodies, before the Mortal Kombat tournament would start, to eliminate competition so he could conquer Earthrealm faster. Reptile use acid spit to break into Sonya's home, and then used his invisibility to attack Kano, Sonya, and Cole. Sonya attempted to use her gun to hit him, but nothing happened, so she then threw two knifes at him to force him to flee.

As soon he was out of sight, Reptile used his tongue to grab a sharp knife and used his acid to melt it down and then go invisible to attack Sonya Blade, Kano, and Cole. Sonya, Kano, and Cole try to fight back, but they can't see where Reptile is at, so Kano uses a flare to find Reptile and after he becomes visible again. Reptile used his tongue on Kano to grab him and try to kill him, but Sonya throws another knife into Reptile's chest and Kano punches through Reptile's chest as he's distracted to rip his heart out, killing him. 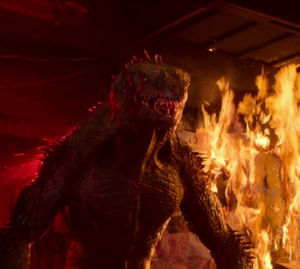 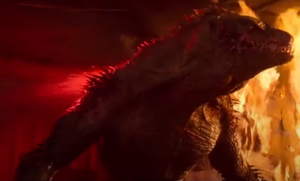