Reptoids are a humanoid reptilian species who are either supposed alien threat that is discussed in the UFO culture as well as some conspiracy movements or play prominent roles in various fantasy folklore.

They are said to work in alliance with the Greys as either equals or as the masters (in some versions, they are not allies at all). In almost all stories involving them the Reptoids are portrayed as malevolent in regards to humanity and do not seem to shy from their plans to enslave or replace humanity. The idea of reptilians was popularized by David Icke, a conspiracy theorist who claims shapeshifting reptilian aliens control Earth by taking on human form and gaining political power to manipulate human societies. Icke has claimed on multiple occasions that many of the world leaders are, or are possessed by, so-called reptilians.

If the accounts of some UFO abductees are to be believed Reptoids are not just in conflict with humanity but are also a major threat to all mammalian life in the galaxy (save for the Greys). Why Reptoids have such an intense hatred for mammalian life is unexplained, though it could simply be down to arrogance or xenophobia.

Some people believe the Reptoids are part of an ancient race that lived on Earth prior to current humanity and seek to reclaim their world while others think they are completely foreign beings that have somehow found Earth and seek it as their own. Very few believe the Reptoids to be benevolent and even amongst other supposed otherworldly species Reptoids are often portrayed as dangerous.

According to the more radical groups of conspiracy theorists, Reptoids have also managed to infiltrate humanity and are ruling the world in the form of powerful political leaders, capable of taking human shape at will and slowly working on the completion of the fabled New World Order concept.

Some conspiratorial Christian circles theorize that Reptoids are not aliens at all, but believe they are part of a demonic conspiracy involving the establishment of a one world luciferian government called the "new world order", and a false rapture/alien invasion that would spark such a unity in the world's governments. Although not specifically taught by mainstream Christianity, the idea of a false rapture is never outright denied in scripture. In fact, there are various places in the New Testament where there are allusions to a coming "great deception". But as to what that Great Deception will be and how it will manifest, Christians cannot say for certain. But many of them believe it is coming, and that the "Old Serpent" is behind it.

On the opposite end of the spectrum some New Age groups and UFO cults see Reptoids as benevolent messengers of peace and enlightenment, this is criticized heavily by other New Age movements, who see Reptoids (much like Greys) as manipulative aliens that exploit human faith in order to infiltrate and gain power (this is popularized in media such as Stargate, itself based on Ancient Astronaut theories, which sees aliens posing as gods in order to manipulate human evolution and culture).

Out with the fantastical stories of New Age groups, UFO lore and conspiracy theorists the Reptoids have enjoyed more mainstream success as standard alien/monster-type in fiction. 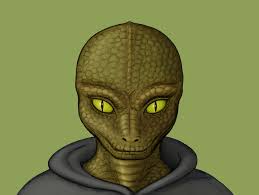 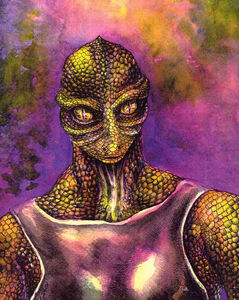 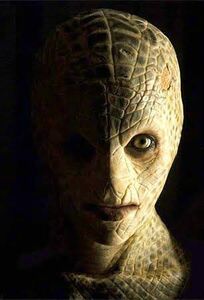