The Border Policeman
The New Guy
Metal Motherf*cker (by Sarah)

Destroying everything in his path.
Making missions.

Find, locate, capture and kill Dani Ramos in order to prevent her into becoming the new leader of the Human Resistance instead of John Connor.

Kill Carl, Sarah Connor and Grace.
Cause Judgment Day to happen (all failed).

The Rev-9 is the titular main antagonist of the 2019 sci-fi action film Terminator: Dark Fate, the sixth installment of the Terminator franchise. He is an extremely powerful and highly advanced Terminator which was developed and created by Legion, the successor of the deceased Skynet, to be far more advanced than Skynet's previous Terminator model, the T-1000.

Rev-9 has a traditional solid endoskeleton, much as the rest of the previous Terminators. Unlike his fellow terminators, the Rev-9 possesses a new ability. This new power involves him separating himself into two active operating forms, one of the human and the second the endoskeleton. It was sent from 2042 back in time to 2020 by Legion, in order to terminate Dani Ramos, the successor of the deceased John Connor, in order to prevent humanity's winning in the great war against the machines, because if she didn't survive, the Terminators would win.

Eventually, after a series of destructive chases and battles, he was destroyed by T-800/Carl after Sarah Connor, Grace and Carl were battling him airborne and in the river nearby L.A. in order to use an EMP blast from Grace's power source against the Rev-9, the only way to destroy his body for good.

He was portrayed by Gabriel Luna in his first villainous role.

The Rev-9 was developed, designed and created by the new successor to Skynet; Legion, which used its own advanced computing systems to create an entirely new generation of Terminators, which are able to disguise themselves via shape-shifting (like the T-1000) yet also to separate themselves into two operating bodies; one of the human form and the other the endoskeleton.

In 2020, the cybernetically-enhanced Grace and the Rev-9 were transported from the future to Mexico City. The Rev-9 lands in an apartment complex, where it meets and kills a man named Vincent Ramos. Taking the form of Vincent, the Rev-9 infiltrates a factory where Vincent's daughter Daniella "Dani" Ramos works alongside her brother Diego. It attempts to kill Dani, but is thwarted by Grace, who escapes with Dani and Diego in a car. The Rev-9 pursues them in a truck, and reveals his ability to split into two separate entities: a powerful endoskeleton, and a shape-shifting liquid metal exterior. The Rev-9 kills Diego and corners Grace and Dani.

Outside, Grace and the horrified Dani encounter Sarah Connor, who lost John Connor back in 1998 to a T-800 sent as backup by the now erased Skynet, (and now lives as Carl with an adopted family). She arrives and temporarily subdues Rev-9 with an automatic shotgun and a rocket launcher. After doing so, they retreat to a motel.

Grace is then tracing the messages of "For John" to a location across the Mexico-United States border. The Rev-9 tracks the group through local video surveillance, and surmises they will cross the border.

It/He infiltrates the United States Border Patrol under disguise of a Border police officer and later he is arranging for the group to be arrested and brought to his location. The Rev-9 attempts to kill Dani, but she, Grace and Sarah escape on a helicopter.

The group later is seeking an old acquaintance of Sarah to retrieve a military grade EMP in hopes of destroying the Rev-9. The Rev-9 eventually catches up with the group in a helicopter, forcing them to steal a military aircraft nearby to escape.

In the process, the EMP charge is destroyed in the gunfire exchange. Aboard, Grace reveals that Dani is the future leader of the Resistance and will become Grace's adoptive mother after the apocalypse. The Rev-9 intercepts their craft in one of his own, destroying them both. Grace, Sarah, and Dani parachute to safety in a Humvee, while Carl and Rev-9 crash into a river beside a hydro-power plant.

Rev-9 damages Carl in their ensuing battle and later he goes after Dani. Grace stalls Rev-9, and Dani and Sarah knock him into the river's strong current. The group reunites with Carl and breaks into the plant.

The Rev-9's endoskeleton survives, but his liquid exterior is destroyed when Carl forces the Rev-9 into a spinning turbine inside the hydro-plant, scathing the Rev-9 against the friction of the speeding turbine. It subsequently explodes, incapacitating Carl, Grace, and Sarah. A dying Grace orders Dani to use her power source as an EMP against his systems.

Dani is eventually becomes subdued by Rev-9 until Carl reactivates and restrains him. Dani stabs Rev-9 with Grace's power source, and Carl drags himself and Rev-9 over a ledge into a pit, where the resulting electrical discharge melts and destroys both machines, ending the mission of the newer Terminator and avenging the deaths of Dani's family.

The Rev-9 has variety of powers and skills he possess as a Terminator, such as:

Much as all the other Terminators, the Rev-9 has no remorse, guilt or mercy through his actions. It is possible to say it is a complete psychopath even if he is not even a human being, but a robotic android.

However, it does not stop him from making his missions in the most perfect ways he could ever find to be affectable, and would never stop until it would complete its mission by killing its targets for which it was created.

Yet, it is using his infiltration skills in order to present somewhat human in his actions, all that to conceal his identity as a Terminator, a thing which would eventually fail his mission or harm him. Thus, he is showing humanity, but in somewhat of a cold psychopathic killer. 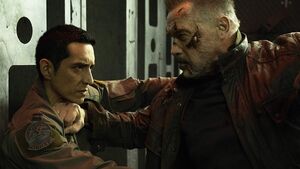 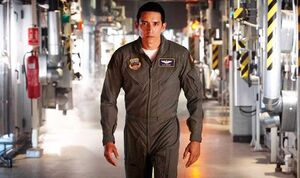 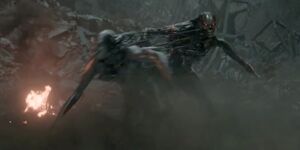 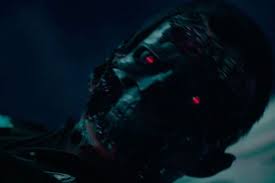 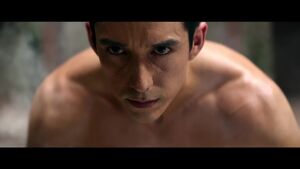 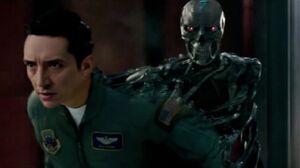 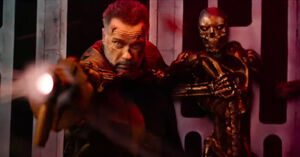 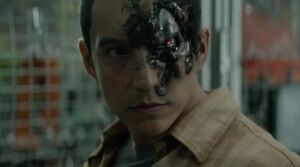 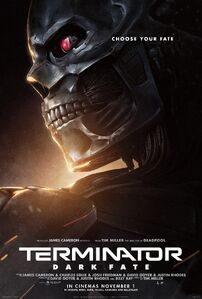