Cover-up his own crimes and keep his status via hate/fear (both failed).

Reverend Craig is an antagonist from the X-Men universe, part of the much larger Marvel Comics multiverse. He is the archenemy of Wolfsbane as well as her biological father, he is also a shamed priest and mirrors Stryker in many ways, it is thus unsurprising he would in later life ally with the Purifiers, further cementing his place as a hypocritical monster within the X-Men universe.

Reverend Craig is a priest who ruled over a small town in Scotland, known for his style of hellfire and damnation he would nevertheless engage in a secret affair with a prostitute and fathered Wolfsbane, to try and cover-up his act he raised Wolfsbane as an "adoptive" daughter but abused her frequently. When Wolfsbane was revealed as a mutant Reverend Craig was quick to label her a monster and even tried to gather the townsfolk to lynch her and Cable, yet Cable used his telepathy to nullify the preacher's attempts and thus it ended without further violence. As well as Wolfsbane, Reverend Craig would abuse a young Bridgit Shane when she and her family arrived in the town, again shaming an innocent child simply for the "crime" of being a mutant.

At some point in later life Reverend Craig took an even darker turn and became a full-fledged terrorist, allying with the Purifiers to aid in their mission to kill all mutants on Earth, His sole demand to the Purifiers was that he was to kill Wolfsbane, showcasing the unique and volatile history between the two.

Eventually he would be killed after a failed attempt to have Wolfsbane mutilate Archangel and steal his techno-wings via brainwashing. Instead Reverend Craig was mauled by Wolfsbane, finally ending the cycle of abuse.

Reverend Craig has no superhuman abilities but can manipulate his status as a "man of faith" to rally people to his cause and spread hatred. He would later gain more criminal influence due to allying with the Purifiers and thus would be in access to that organizations many resources and information.

Reverend Craig is a fiery preacher of the hellfire variety, as such he tends to use religion to bully and threaten others into doing what he desires rather than embrace the more tolerant and loving side of his faith.

He is also shown to be a man that lives a life of sin despite his continued attempts to paint others as evil, for example he has fathered at least one child despite it being forbidden and his abuse towards Wolfsbane is as much to try and cover-up his own lack of care in regards to his creed as it is his hatred of mutants.

Ultimately he sees the public fear and disgust of mutants as a means to gather support and misdirect attention away from his own faults. He grew even more twisted with age and even made a deal with the Purifiers to aid them in massacring mutants so long as he could personally kill Wolfsbane, cementing him as not just abusive but homicidal and deeply disturbed. 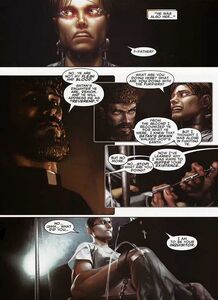 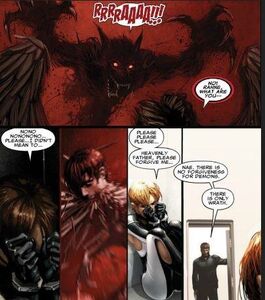