Founder and leader of a forgotten 19th century Utopian cult

Obsessing over "The Light".
Wandering aimlessly throughout the Other Side.
Stalking and haunting Carol Anne Freeling.

Capture Carol Anne Freeling and to possess her soul at all costs in order to live in the mortal world (failed).

Reverend Henry Kane, also known as "The Beast", is the main antagonist of the Poltergeist film series. In life, this angry ghost he was a leader and priest of a Satanic, 19th century Utopian cult who held an apocalyptic view on the world, sealing himself and his followers inside a cave system in area to die: this location would eventually be built over to make the home the Freeling family would reside in within Cuesta Verde in California and his dark soul wishes to abduct the youngest child of the Freeling family named Carol Anne, to use her innocence and her untainted life essence to capture souls trying to enter the afterlife. This origin story contradicts the original movie's plot but seems to be the official story of the sequels.

He was portrayed by the late Julian Beck in the second film, and the late Nathan Davis in the final sequel. His voice was provided by Corey Burton who also did the vocal effects for the Critters in the first Critters film.

Kane was a reverend, possibly from the American South, who started a utopian cult in the early 19th century. However, Kane simply wanted to harvest the energy of his followers' spirits in the afterlife to gain supernatural power; despite this, Kane is shown throughout the films to be a zealot, as he does believe in certain religious values. He led his "flock" into an underground cavern under the premise that the world was about to end, but in truth, Kane simply wanted to kill his disciples and himself and then harvest their souls in death. It is implied in Poltergeist II: The Other Side that Kane became enemies with an immortal Red Indian shaman called the "Medicine Man" who is also known as Taylor. The novelization for Poltergeist II: The Other Side states that Taylor is the reincarnation of an Indian named Ben Lagou; Lagou was a member of Kane's cult, but when he witnessed Kane's growing evil, he turned against him. Ben Lagou was briefly possessed when he drank tequila, just as Steve Freeling later would be. Ben was able to free himself from the possession, while Kane told his followers that had witnessed this event that Ben Lagou was evil. Kane's cult headed for the cavern and sealed themselves in. Ben tried to find Kane to stop him, but could not find him. He used his shaman abilities to reincarnate himself through lifetime after lifetime until he was reborn as Taylor, who helped the Freeling family defeat Kane.

After Kane died, his ghost absorbed the energy from the souls of his followers and this fused with the power-hungry evil in his heart, transforming Kane into a monstrous apparition that the psychic Tangina Barrons would go on to call "The Beast". Kane/The Beast was able to gain his powers from his followers. However, he desired the energy of more souls which he could not obtain because they kept entering the Light, but when a house was built over his cavern in the 1980s and the Freelings moved in, Kane immediately sensed the power of the Freelings' daughter Carol Anne's innocence and because of her hidden clairvoyant abilities, and realized that it shone like the Light. As the Beast, Kane persuaded other benign spirits to join with him and his cult to abduct Carol Anne through the screen of a TV set (showing only static) and bring her to their realm, dubbed the "Other Side" where he could use her to attract more souls. Luckily, Carol Anne was rescued by her mother, Diane and brought back to the real world whilst Tangina was able to persuade most of Kane's minions to enter the Light. A vengeful Kane/The Beast used his remaining strength to make the corpses of his pawns rise from their graves and eventually consumed the entire Freeling house, but unfortunately for Kane, the Freelings escaped.

A year later, Kane tracked Carol Anne to a new house where her grandmother, Grandma Jess's clairvoyance was able to forbid him from entering the house without permission before she passed away in her sleep. This is the moment that Kane takes his human form and attempts to gain the Freeling household's confidence but Carol Anne's father, Steven, manages to see through Kane's lies and Diane even has visions of Kane's life. This is known as the famous "Let Me In" sequence. After Grandma Jess dies, Kane attacks the Freelings but is stopped by the Medicine Man, now calling himself "Taylor". Taylor gives Steve the Smoke Spirit, which has the power to resist Kane's attacks. Kane also manages to possess Steve and in a disturbing scene, it is shown that Kane is also a rapist, as he tries to use Steve's body to rape Diane, this echoes a scene from Poltergeist, where the Beast telepathically drags Diane above her bed and lifts up her top to reveal her undergarments. Luckily, Diane's love for Steve forces Kane out of his body. At the end of the film, the Freelings travel to the "Other Side" and Kane is defeated by Steve using a magical spear that Taylor gave him. Kane and his cultists became lost in limbo.

In Poltergeist III, Kane manages to trace Carol Anne to her new home at the John Hancock Center and takes possession of the entire building, using the mirrors as a gateway to their world and getting his minions to take the form of reflections. Once again, Tangina comes to Carol Anne's aid but is captured by Kane. The now defenseless Carol Anne is almost taken by Kane but is stopped thanks to Tangina's sacrifice. Kane is offered redemption, which he seemingly takes and moves on into the Light. However, at the end of the film, Kane reveals his "redemption" to have been fake, as he zaps the John Hancock Center with a bolt of lightning at the city of Chicago and laughs evilly, planning on wrecking more havoc in the world.

When Pat Gardner jumps through the glass pane into the apartment, she finds Carol Anne, Donna, Scott, Bruce and Tangina frozen and dying. She then also becomes imprisoned in ice and gets attacked by Kane and her evil mirror reflection who want the necklace. Patricia tries to repel them and declares unconditional love for her family, but trips over frozen Tangina and falls to the floor. Tangina frees her arm from the ice and grabs the necklace. She convinces Kane that she is the one who can take him to the light, not Carol Anne. Kane puts his hand on the necklace, but instead of ascending, his face cracks and he explodes. Kane and Tangina then proceeded to the light, ending the latter's reign of terror as the Beast for good. The blast frees everyone, but annihilates Tangina and causes a violent thunderstorm. Patricia, Carol Anne, Donna, Scott and Bruce leave the other side, ending Kane's reign of terror on Carol Anne for good.

In death, Kane possesses relatively canonical poltergeist powers such as possession, invisibility, transparency and telepathy. But he also contains a vast amount of power due to him harvesting the souls of his followers, enabling him to shapeshift and virtually bend all matter to his will. Kane is able to transform into demonic monsters. He also can create minions such as in the third film, where he transforms the protagonists' reflections into flesh and blood servants. Kane does however have various weaknesses that can be used against him.

Kane is the classic villain; he possesses characteristics such as psychopathy, sadism, and an insatiable desire for power. 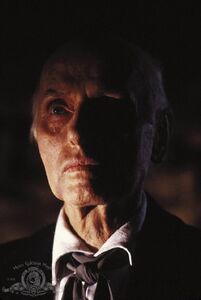 Henry Kane in his past life as the leader of forgotten Utopian cult in the early 1800s. 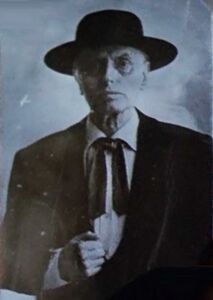 A historical photograph of Reverend Kane from the 19th century. 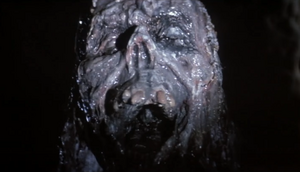 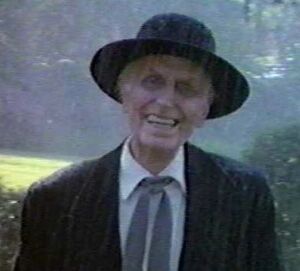 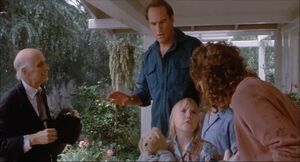 Reverend Kane tries to manipulate Steven, but his daughter Carol Anne knows exactly who he is - and what he is. 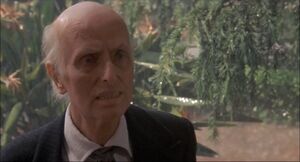 "Let me in!" - Kane tries to get into the Freeling's house.

Henry Kane, true to his alias "The Beast", continues to plague Carol Ann and her family.

To torment his enemies, Kane sends them this illusion of a twisted pillar of souls with Carol Anne's face. 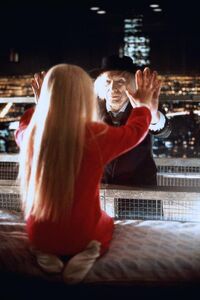