Go back in time and recruit an army of Raptors (succeeded).

Cause the Armamageddon to get revenge on his old friends for abandoning and forgetting him as well as sinking their morale (briefly succeeded).
Sabotage peaceful relations between Apocalypseburg and the Systar System (failed and later abandoned).
Break Emmet (both phisyically and mentally, failed).

Rex Dangervest is the main antagonist of the 2019 animated film The LEGO Movie 2: The Second Part.

He is a galaxy-defending archaeologist, cowboy and raptor trainer, who appears to be a benevolent ally, but is later revealed to actually be a futuristic twin counterpart of Emmet Brickowski from a future timeline. His true intention is to bring the "Armamageddon" upon all of his kind, as revenge for being abandoned and forgotten.

Much like Emmet Brickowski, he was voiced by Chris Pratt, who also played Fletcher Flemson in Bride Wars, and will portray Grant Cutler in The Kid.

While he was still Emmet Brickowski on a mission of saving his friends, Rex crashed his spaceship into an asteroid field and wound up under a clothes dryer (or Undar of the Dryar System) in the real world. After seeing all his friends continue to go on after his supposed death, Emmet became filled with hate and grew resentful towards them by trusting in only himself, changed his clothes and name, and built a time machine so he could travel back in time and ensure the "Armamageddon" occurred.

Rex saved Emmet as he was about to crash into an asteroid field and teamed up with his past self to venture to the Systar System and save his friends from the DUPLO Aliens. As they continue on to the Systar System with some of his raptor buddies, Emmet begins to take on several of Rex's mannerisms, hoping to impress Lucy. When they arrive, they evade capture by Wa'Nabi's forces by swamp creatures and "brainwashed" of most of the people by singing "Catchy Song".

Once they escape for the DUPLO Brickyard, Emmet is reunited with Lucy and they embrace, but not so much when she meets Rex. Rex tells Emmet that he has managed to have his own abilities and force by making him tough. Despite Emmet's joy of this by impressing her, Lucy is sort of disappointed by this. They make up a plan which involves switching off the pop music that is brainwashing the others, while Emmet will destroy the reception cake encased in a temple to stop the wedding between Batman and Wa'Nabi. However, Rex and Emmet are shocked when Lucy reveals her original hair to them, and she affirms she is not brainwashed. Despite Rex's warnings, Emmet believes she is the real Lucy because he trusts her, and she helps them to the plan.

Before Emmet could follow the plan, Rex gives him his own vest, and Emmet thanks him for helping him, without knowing yet his true intentions. Despite Lucy's warning after she knows the real intentions of the DUPLO people, Emmet destroys the reception cake at the wedding between Batman and the Queen of the DUPLO Aliens, Watevra Wa'Nabi. Emmet soon realizes after learning that the DUPLO Aliens only wanted peace between themselves and Bricksburg and seeing a hole in the universe appear in wake of the cake's destruction. The cake being destroyed is mirrored in the real world by Finn angrily destroying Bianca's LEGO creations, causing their mother to scold them and tell them to put their toys away. Meanwhile in the LEGO universe, the world falls apart and all of the LEGO characters, including Batman, Wa'Nabi, and several known others are being sucked into the huge black square-shaped bottomless hole, with the exceptions of Emmet and Rex.

After Finn and Bianca put away their LEGOs in a storage bin, Emmet tries to stop them but is prevented by Rex revealing his true colors as Emmet's future self and reveals that he traveled back in time to ensure the "Armamageddon" would happen.

Emmet and his embittered future self begin to fight and Rex banishes Emmet to the clothes dryer with his ship's big slingshot so that he will continue to exist. However, determined to not become like Rex did, Emmet is returned into the LEGO world when Lucy, having rallied the other LEGO characters into successfully escaping from the storage bin, arrives in front of Rex and they both embrace. Despite being amazed for the fact that Lucy came back for Emmet, Rex thinks they are too late and attempts to go back in time, but Lucy manages to trick Rex into punching a cute sentient heart, triggering an explosion, destroying the piece that is part of his time machine and Rex topples in defeat.

Lucy then tells Rex that Emmet will not become like Rex did, but Rex can be like Emmet as they ask him to join them, but Rex denies since he realizes that Emmet being saved by Lucy means he didn't end up becoming what Rex did, erasing his timeline and causing the deluded time-traveler to begin disappearing limb by limb. Accepting his fate, Rex tells Emmet to always be upbeat and thanks Lucy for saving both of them, saying his last words: "Besides, this is a pretty righteous way to go out, no regrets! Except again not trademarking "No regrets", that was a mistake, one love!" before fading completely from existence.

Rex's ultimate fate is unknown. Although he may have "died" in the narrative of the LEGO universe, it must be taken into account that Rex's motivations were all just a figment of Finn's imagination, which mirrored his real-life altercations with his sister. His existence as a physical LEGO mini-figure is likely still intact in the human world, as the rate of decay when he died in the LEGO universe was greatly over exaggerated. 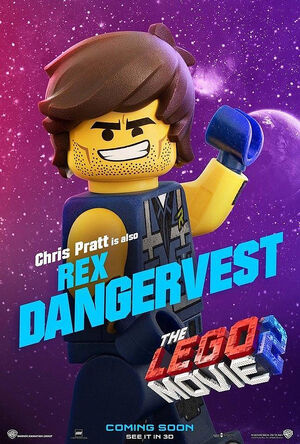 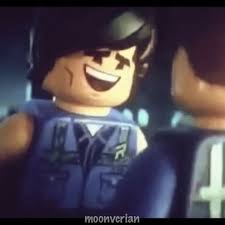 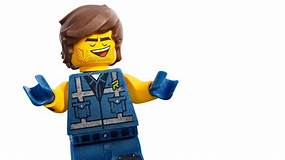 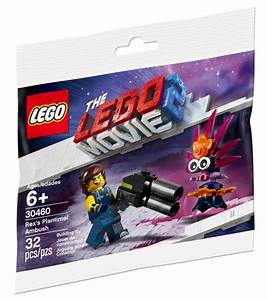 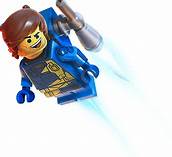 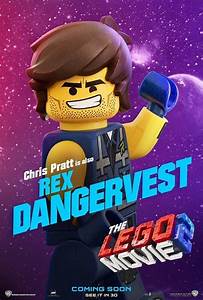 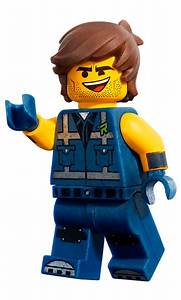 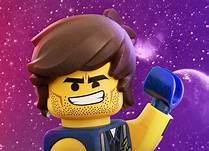 Retrieved from "https://villains.fandom.com/wiki/Rex_Dangervest?oldid=3262743"
Community content is available under CC-BY-SA unless otherwise noted.