Lord of the World of Darkness

Take over the World of Light.

Rhapthorne (also known as Lord Rhapthorne) is the main antagonist and final boss of Dragon Quest VIII. He is a powerful purple demon lord from the World of Darkness wielding a powerful magical weapon known as the Sceptre of Rhapthrone. He remained imprisoned inside the cursed staff known as the Godbird Sceptre at Castle Trodain, until an evil jester named Dhoulmagus, who wanted to become the greated magicain of all time by learning magic without Rylus's help, stole the scepter and accidentally unleashed Rhapthorne's curse upon the kingdom while gradually becoming possessed by him.

While trapped, his main objective is to eradicate the Seven Sages' successors, and these actions shall be carried about involuntarily by anyone who bears the misfortune of possessing his cursed scepter. If his full power is restored—that is, if all descendants are finished off—he will escape his prison, and the Black Citadel, Rhapthorne's true headquarters buried within Neos, will rise.

He was voiced by Jonathan Keeble.

Under the control of Rhapthorne (though this is unknown to the player at first), Dhoulmagus goes on a killing spree murdering the descendants of the seven sages who were responsible for sealing him in the scepter in the first place. He manages to kill four of them as Dhoulmagus before he is killed by the heroes, but since they do not know the scepter is evil they take it with them after killing him, and Jessica becomes possessed by Rhapthorne when they stop at the next village. They fight the Evil Jessica and free her from the Scepter without killing her, but then a dog named Leopold takes it and becomes possessed, killing the servant boy of the man who owned him. David, who happened to be one of the descendants of the Seven Sages. Later, the dog kills another of the heirs, a kindly old woman named Marta, but is defeated before he can kill the seventh and final one, the Lord High Priest in Savella Cathedral.

Unfortunately, the scepter is then taken by Angelo's disgruntled brother, Marcello, who is actually strong enough to partially resist Rhapthorne's influence, but lets the Lord High Priest die of shock from the attack and frames the heroes for his death so he can become the new Lord High Priest. After Marcello is defeated during his initiation ceremony, Rhapthorne is able to take full control of his body and officially ends the seal of the scepter, raising the church into the sky and transforming it into his fortress of evil, the Black Citadel.

The heroes go to the Black Citadel and meet Rhapthorne in the flesh, where he turns out to actually be a very tiny (but still formidable) creature. After defeating him, however, he possesses the Black Citadel and turns part of it into the being known as Ruin before completely taking over the Citadel and changing it into his true form, an enormously obese demon who is as big as the entire citadel itself! The final battle takes place with the heroes standing on the wings of the Godbird Empyrea. To defeat Rhapthorne, they need to channel the souls of the seven sages to destroy the magical barrier protecting him. After that, Rhapthorne can take damage from all attacks and is finally destroyed once and for all, dying in a massive explosion of light. 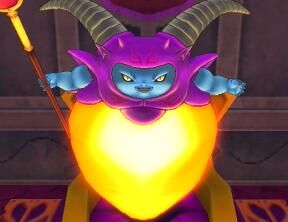 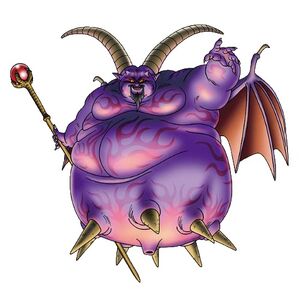 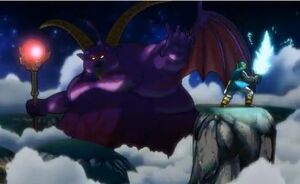 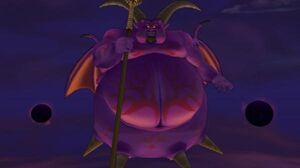 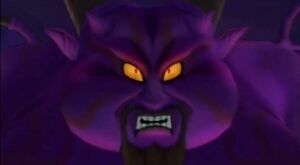 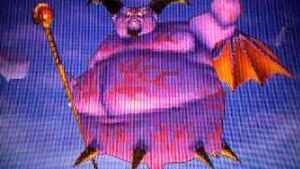 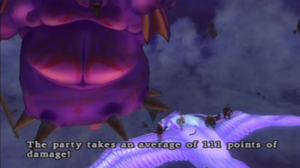 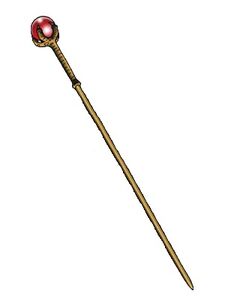 The Sceptre of Rhapthorne 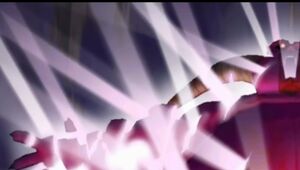 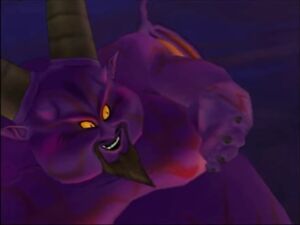 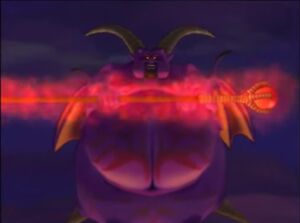 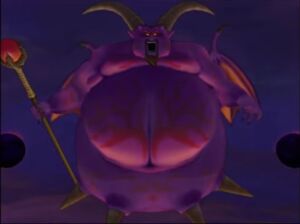 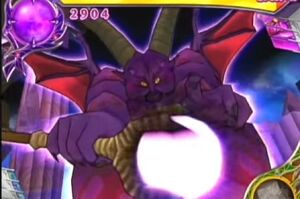 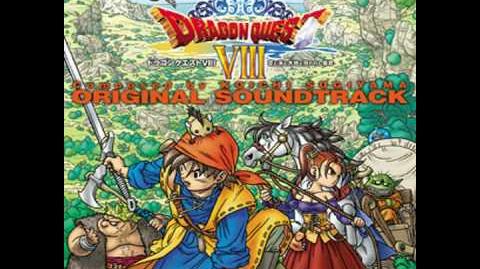 Retrieved from "https://villains.fandom.com/wiki/Rhapthorne?oldid=3891537"
Community content is available under CC-BY-SA unless otherwise noted.