To bring back her son, Mon-El, in order to restore Daxam's fallen culture

To return to Daxam and rule the planet with an iron fist
To kill Supergirl and invade Earth for "poisoning" Mon-El
To bring Daxam to Earth (all failed).

Rhea, Queen of Daxam is the main antagonist of the second half in the second season of the superhero TV series, Supergirl.

She is the cruel, sadistic and tyrannical leader of the planet Daxam and the mother of Supergirl's love interest, Mon-El. Desiring to secure her rule over Daxam, she and her husband Lar Gand traveled to Earth to bring him back. But after Mon-El decided that Earth is his new home with Supergirl, Rhea, unable to accept this, killed Lar Gand and secretly declared war against the Girl of Steel.

Rhea manipulated Lena Luthor to create a portal to bring Daxamites to Earth as an invasion. During her battle with Kara, she was killed after she succumbs with lead inhabiting the atmosphere.

She is portrayed by Teri Hatcher, who also portrayed Ms. Gradenko in Spy Kids and The Beldam in Coraline.

Rhea was born on the planet Daxam and at some point, she became the planet's queen. She met and fell in love with a man named Lar Gand, who became the king of the Daxamites, and they later had a son named Mon-El. However, unbeknownst to both her husband and son, Rhea was secretly mentally unstable, being delusional, power-hungry, and hypocritical. 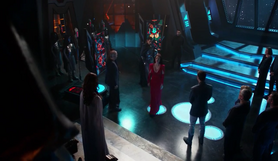 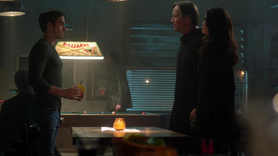 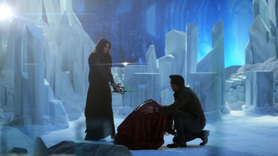 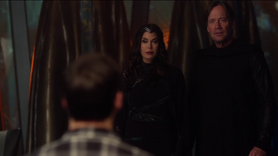 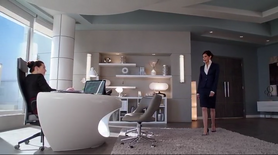 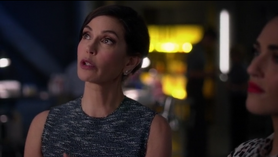 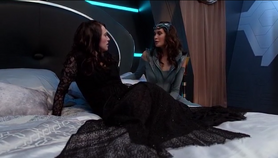 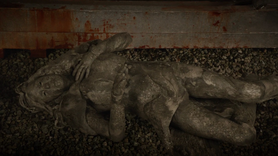 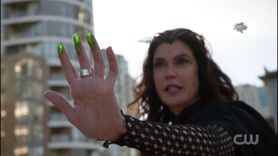 Kyrptonite infused Blood
Add a photo to this gallery

Retrieved from "https://villains.fandom.com/wiki/Rhea_(Supergirl)?oldid=4123990"
Community content is available under CC-BY-SA unless otherwise noted.