Member of the Russian mafia (formerly)

Become extremely rich and have everything he wants, by any means.
Get revenge on Spider-Man by killing him (all failed).

Aleksei Systevich, later known as Rhino, is a minor antagonist in the 2014 superhero film The Amazing Spider-Man 2, the second and final installment of Marc Webb's Amazing Spider-Man duology. He is also a mentioned character in the 2021 Marvel Cinematic Universe film Spider-Man: No Way Home.

He is a Russian mobster that hijacked an armored Oscorp truck containing vials of plutonium, but was disarmed and defeated by Spider-Man. He is later recruited by Harry Osborn and Gustav Fiers as the first of a new team created to fight Spider-Man, and provided a mechanical suit to wreak havoc, dubbed the Rhino.

He was portrayed by Paul Giamatti, who also played Marty Wolf in Big Fat Liar, Stan Beals in The Ant Bully, Karl Hertz in Shoot 'Em Up, Limbo in the 2001 remake of Planet of the Apes, Chairman Drek in Ratchet & Clank, Beauty Smith in White Fang and Dr. Satan in The Haunted World of El Superbeasto.

Aleksei Sytsevich and two of his associates hijacked an Oscorp van containing vials of plutonium. Sytsevich was the driver of the truck while his comrades secured the goods. However, Spider-Man intervened and webbed up Sytsevich's allies, handing them over to the police. Determined to not be caught, Sytsevich continued to flee in the truck, causing a great deal of damage to other vehicles on the road and a number of police cars. Spider-Man confronted Sytsevich face-to-face, using his spider sense to dodge the rapid fire of Sytsevich's machine gun. Spider-Man disarmed him and then webbed each wrist to the walls opposite so his arms were crossed over his chest. Spider-Man proceeded to pull down Sytsevich's pants to humiliate him further. Sytsevich was incarcerated in the Vault by the NYPD.

Later, after Harry Osborn's incarceration, The Gentleman visited Harry, speaking to him Harry about a possible idea to form a team of individuals that can use Oscorp's weaponry, and then informed Harry that Sytsevich was a prime candidate to pilot a large metal exo-suit created by Oscorp. Sytsevich was broken out of the Vault and donned the exo-suit. He took to the streets of New York, which hadn't seen Spider-Man since his confrontation with the Green Goblin and Gwen's death, and began shooting at the police, calling himself "The Rhino". A boy dressed as Spider-Man, who Spider-Man had helped out earlier, stepped out in front of Rhino, trying to make a stand. Despite mocking that "Spider-Man is back", Rhino compliments the child's bravery and lowers his weapons, unwilling to kill him, allowing the real Spider-Man to arrive on the scene and get the boy to safety. Rhino began to charge at Spider-Man, who leapt in the air using a manhole cover as a weapon. 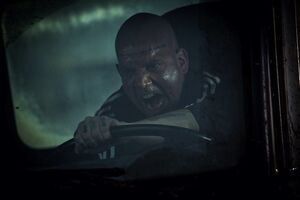 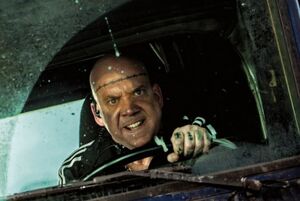 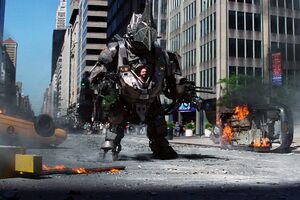 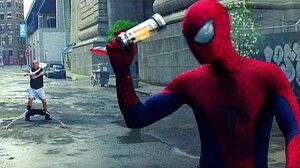 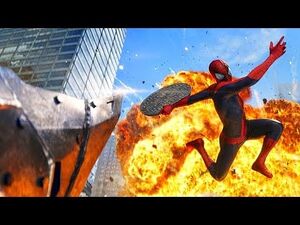