The Rhinoceros Beetle Orphnoch is an Orphnoch working for Smart Brain as a subordinate to Kyoji Murakami and an antagonist in Kamen Rider 555.

He was portrayed by Kota Otsuka.

He fought against Masato Kusaka as Kamen Rider Delta was destroyed by his Lucifer's Hammer.

The Rhinoceros beetle Orphnoch revived as part of Dai-Shocker in the Super Hero Taisen incident, led by Tsukasa Kadoya/Kamen Rider Decade, rivaling Captain Marvelous/Gokai Red and Dai-Zangyack. However, Rider Hunter Silva of Dai-Zangyack and Doktor G of Dai-Shocker overthrew their respective leaders and joined forces to destroy the Kamen Riders and Super Sentai. The two evil organizations united and faced off against the combined forces of the Sentai and Riders. 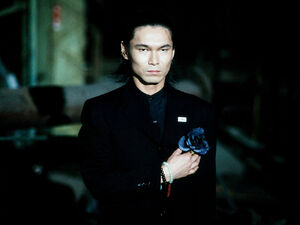 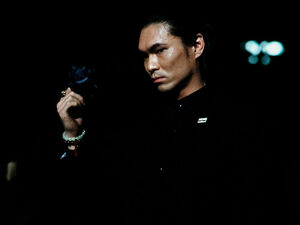 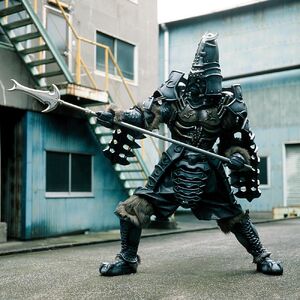 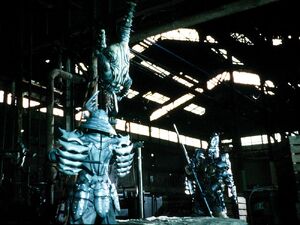 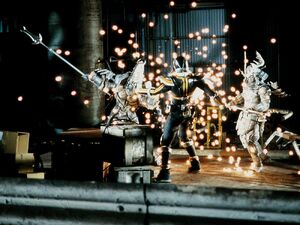 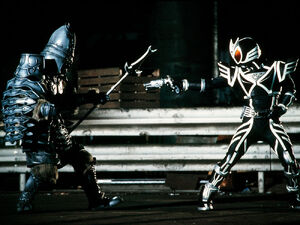 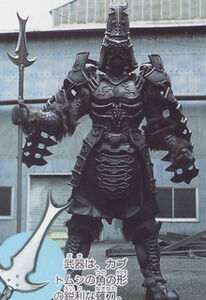