Villains Wiki
Register
Don't have an account?
Sign In
Advertisement
in: Wrestlers, On & Off, Friend of a Hero,
and 26 more

Ric Flair, also known as "The Nature Boy", among other nicknames, is a legendary pro wrestler. Though because of his legendary status he is beloved by most wrestling fans today, Flair achieved fame for most of his nearly five decade career as the rule-breaking "Nature Boy". Flair founded and lead the legendary Four Horsemen, and was World Champion for a record-breaking sixteen times. He is also the only pro wrestler to be inducted into the WWE Hall of Fame and still be an active member of the current roster.

With a career spanning nearly fourty years, the "Nature Boy" received much fame in his career through becoming the moniker of "The Dirtiest Player in the Game". Beginning in 1991, Flair joined the World Wrestling Federation along with manager Bobby "The Brain" Heenan and his executive consultant and fellow wrestler Mr. Perfect and quickly became one of the most hated heels by issuing challenges to wrestlers such as Roddy Piper and Hulk Hogan. By the late 90s Flair retired only to return to the WWE by 2001 as co-owner which was a result of a feud with Vince McMahon. Both Flair and McMahon faced off for control of the company resulting in a final match between the two in which McMahon won, causing McMahon to gain complete control of the WWE.

Returning to the ring, Flair eventually joined the stable "Evolution" with Triple H and others and later won the Intercontinental Championship. From then on Flair continued to make appearances even after retirement off and on facing off against Randy Orton, Chris Jericho, and finally left for a short stint in Total Nonstop Action Wrestling.

Ric Flair's would return to the WWE again as a mentor to former heel, the Miz in 2012. Turning Miz into a babyface, or good guy, Flair's techniques and signature moves are now often championed and referenced in ring (in particular, the crowd shouts "Woo!" whenever a knife edge chop is used or is shouted by Flair). Flair's final WWE match was at Wrestlemania 24 in a Career Versus Career match, which he lost to a Shawn Michaels (a man who revered Flair).

In 2015 he began appearing as the heel manager to his daughter Charlotte Flair, who would become Women's Champion and enlist the same "Woo!" as Flair did. On the May 23rd, 2016, episode of Raw, Flair turned babyface again when Charlotte betrayed him by ordering him to get out of the ring, this came after yelling at him for not being there for most of her childhood and being called "Ric Flair's" daughter. 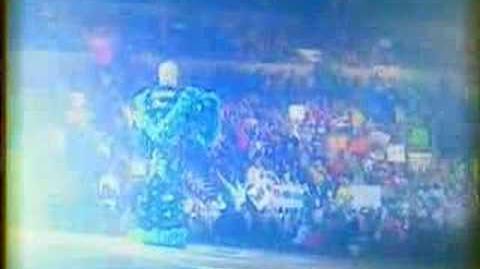