Help Wesker and Excella succeed in their goals.

Ricardo Irving is a major antagonist of the 2009 horror video game Resident Evil 5. He was the director of Tricell Pharmaceutical Company who managed the organization's African oil resources and became a figurehead of the company's terroristic benefactor Albert Wesker.

He was voiced by Allan Groves.

Ricardo Irving was a Tricell researcher that came to work alongside his colleague Excella Gionne and her terroristic benefactor Albert Wesker. He became the director of the Kijuju oil fields belonging to Tricell and started to sell B.O.W.s on the black market. This earned Ricardo a place on Tricell's Resource Development Division, where he used the money he made from his illegal activities to fund the company. It is most likely that he supplied Excella and Wesker with Las Plagas when they appeared on the black market. Ricardo eventually received a tip from Patrick, Oswell E. Spencer's butler, on Spencer's location. He passed this information on to Wesker and possibly other people within Tricell, which may be how the information found its way to the BSAA.

Eventually Irving's dealings in B.O.W.s came to the BSAA's attention and believed that he was in the middle of some dealings with terrorists in Kijuju. They sent in Chris Redfield, who joined forces with Sheva Alomar and their African division. However their lack of information on Irving's location allowed him to set a trap by distributing Level 2 Plagas amongst the people in Kijuju Autonomous Zone. He then released a Uroboros B.O.W. on BSAA's Alpha Team, which wiped them out, but was destroyed by Chris and Sheva. They even managed to get their hands on a disk containing the deal's true location as well as cluing them in to the big picture. Irving found the two pursuing him throughout the village and the oil field with him attempting to constantly rid himself of them. He even used the Popokarimu and Ndesu monsters against them, only for Chris and Sheva to emerge victorious. Irving attempted to flee with his money, only for Jill Valentine, under Wesker's control thanks the P30 chemical, to cut off his escape and order him to finish Chris and Sheva off, giving him a Las Plagas sample to do so. Irving first tried to kill them by destroying the oil field, only for the two to survive yet again. He finally confronted the two on his boat and injected the parasite into himself, mutating into an enormous swimming tentacled monster. However Irving was defeated and his semi human part fell from its monster body, where he told them that all that their questions would be answered in the cave ahead.

In his mutated form, Irving is able to swim fast and attack with large clawed tentacles, which he can regenerate, and bite at his enemies with his large maw. He is also extremely durable with a spot on the creature as well as the appendage holding his semi-human self serving as a weak point. 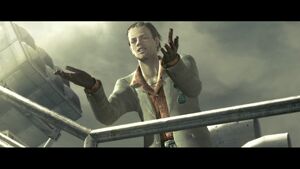 Irving on his ship. 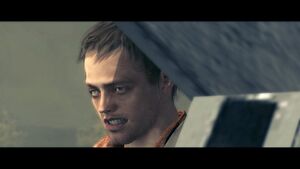 Irving, thinking about his encounter with Jill. 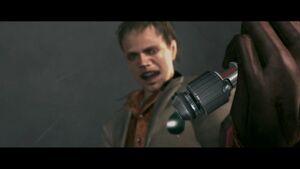 Irving about to inject himself. 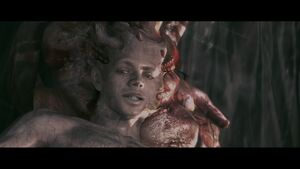 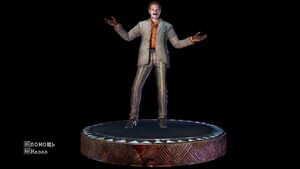 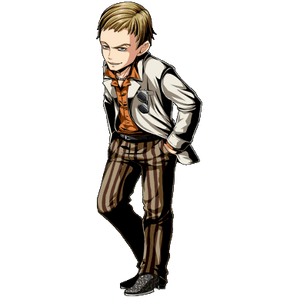 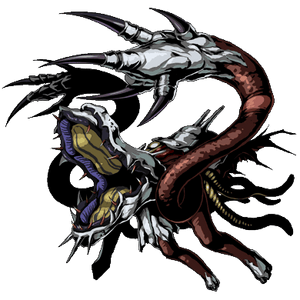 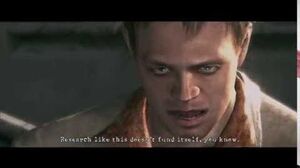