Raise enough money to save his dying wife Karen.

Hurt Andrew for the rest of his life (both failed).

Richard "Ricky" Detmer is the overarching antagonist of Chronicle.

He was portrayed by Michael Kelly, who also played Doug Stamper in House of Cards and Arquette in Black Mirror.

He is Andrew Detmer's alcoholic father who abuses and bullies him at home. He once worked as a firefighter until an injury forced him into an early retirement. His wife Karen, is slowly dying from cancer.

He is also a clear alcoholic or at least drinks heavily as many beer bottles are strewn about his house and Andrew mentions his father spends most of his time during the day at bars. It is also implied that he hits Andrew regularly. Later in the middle of the film, Richard berates Andrew because he found out about the party.

He calls Andrew a "loser" and that the people he hangs out with were not really his friends. This escalates to a physical confrontation when Richard starts to beat Andrew who uses his powers to overpower him. Karen becomes worse and the family no longer has any money to pay for her medication.

Andrew tries to help by using his powers to steal money for her medicine. While robbing a gas station Andrew inadvertently causes an explosion that sets him on fire and puts him in the hospital under police investigation.

At the hospital, Richard was there at his bedside. He upset informs the unconscious Andrew that his mother has died and he angrily blames him for her death, claiming he wasn't there to watch her die because he was out looking for Andrew, even though he had already left the house before Andrew. Richard angrily points at Andrew just as he wakes up. Thinking his father is about to hit him again, Andrew grabs his arm, before telekinetically blowing out his hospital room.

Andrew floats outside the building, carrying Richard. Andrew drops his father in an attempt to kill him, but he is saved by Matt. It is not known what becomes of Richard afterward.

As a result of the accident that forced him to retire, and having his wife slowly dying from cancer, Richard has degenerated into an alcoholic and abusive control-freak father for Andrew. He also displayed very loose morals and his character degenerated into full-blown ruthlessness and cruelty as the film went on.

From a certain point of view, however, Richard is mostly a helpless man who actually wishes that his family's life can be improved (something which, ironically, Andrew wishes to the point where he tries to rob a gas station), but is too despondent to do anything because of his injury that caused him to retire as a fireman. To cope with his feelings of inadequacy, he descends into alcoholism and blames everything he can on Andrew, putting him down whenever he can. He despised Andrew for seemingly not trying to do something to improve their lives, even though himself doesn't try to look for another job despite being able to walk and seemingly function normally and instead wastes money on alcohol, but equally loved his wife and tried to get away from reality via drinking. He took his frustrations of being unable to work out on Andrew, accusing him of wasting his money on a party and then declaring that he did not have any to spend; he claimed that any money he received went to school for Andrew and medication for Karen, but Andrew angrily pointed out that Richard wouldn't need to pay for public school and called him an idiot (which in some ways is true, also ironically, Richard called Andrew an idiot during their last conversation), resulting in Richard angrily assaulting him.

By the time of Richard's abuse of Andrew escalated into a physical confrontation, it is apparent that Richard's sanity has gradually deteriorated as the movie goes on. Worse, his sanity slippage culminates to a point where he comes to believe that Andrew must pay for somehow wronging him, claiming it was Andrew's fault that he didn't get to see his wife die because he was out looking for him, even though Richard had already left several hours before Andrew's accident occurred, which resulted in his near-death experience as seen in the climax, but he refused to see that he himself held a fair amount of blame for their miserable life (Richard became a drunk to avoid his responsibility, whereas Andrew was more determined to improve their lives by working even if this required him to use illegal means). 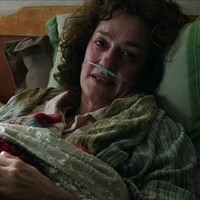 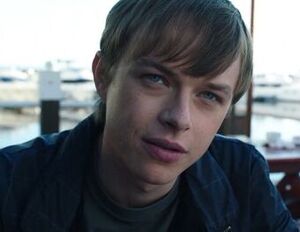