Spending time with his wife Gail Platt and their children.

Safeguard his murderous crimes from becoming public knowledge and later kill his ex-wife Gail Platt and her family (failed).

He first appeared in June 2001 and was the show's main antagonist until 14th March 2003. He also served as a posthumous antagonist from the following years due to his reign of villainy developing a huge impact on the iconic Platt Family.

He was portrayed by Brian Capron.

Introduced as the (alleged) cousin of Alma Halliwell, Richard developed a close relationship with Gail Platt. He appeared to be a successful financial adviser and good family man, however, secretly had debt problems and a shady past. Although living the apparent perfect family life with Gail, Richard went to extreme measures to get out of his money issues; this incidentally led to three deaths, with Richard leaving his business partner Duggie Ferguson to die after the latter fell off a bannister and later killing his ex-wife Patricia Hillman in 2002 and Maxine Pollack in 2003. Over the course of these events, Richard attempted to kill Gail's mother Audrey Roberts and her longtime friend Emily Bishop; with the former attempt leading to a feud with Audrey, and the latter attempt indirectly staging the events of Maxine's murder.

Once his deceit and murderous crimes were ultimately revealed, Richard became the most wanted person in the UK as he went into hiding. However, he secretly returned in early March 2003 with the intend of committing suicide and killing his family. After kidnapping Gail and her children David and Sarah along with the latter's infant daughter Bethany, Richard tried to gas them before driving them into a canal when Gail's ex-husband and David's father Martin discovered this and gave chase. However, although the family managed to escape before being rescued by Martin and his friends, Richard solely perished and was later identified by Gail and Audrey. Despite his demise, Richard's memory cast a shadow over the Platt family for over a decade to come. This incident caused David to go down a dark path.

Although not the first killer or original villain to appear in the show, Richard Hillman was the first regular character to be a murderer.

Richard was a financial adviser who arrived for the funeral of his cousin Alma, and began a relationship with Gail and later moved in with her. Richard ran a business specializing in buy-back mortgages, he buys the house and the occupant stays there until they die, and he gets it.

He began to turn shady after going into business with the pub landlord Duggie Ferguson doing property developing. After a disagreement at one of the flats, Duggie falls down a flight of stairs and dies, but Richard doesn't get help, and instead robs him and leaves the body to be found the next morning. Duggie's death is ruled as an accident and Richard appears to have got away with it after his funeral.

When planning to marry Gail, his ex-wife Patricia turns up wanting Richard to buy back her share of Kellett Holdings, his business. After a disagreement at the building site, Richard kills her with a shovel, and buries her body under concrete. He and Gail later get married.

When Richard was short of cash, he planned on murdering Gail's mother-in-law Audrey Roberts. He set her house on fire, but she survived and eventually learned that Richard was responsible. But by then Richard had managed to cover this up in an earlier plot that saw him sabotage Audrey's daily routine, in a successful plot to make everyone around her believe that she had Alzheimer's Disease. This caused Gail and her family to disbelieve Audrey's claims that Richard is behind her ordeal.

When Audrey changes her will to ensure that Richard doesn't extract her inheritance in case he tries to murder her again, Richard resolves to target her friend and elderly neighbour Emily; as she had sold her house to him, and he soon plans to kill Emily in order to take control of her residence. When she was babysitting for a family who where attending a party in the local pub, Richard broke in and hit Emily with a crowbar, with the intent of it looking like a robbery. But the mother of the child she was babysitting, Maxine, returned home to check up on him, and he was forced to kill her. This caused him guilt, as she wasn't planned. And to add insult to injury, one of his other clients died, and got hold of her house, so there was no need for trying to kill Emily and murdering Maxine. He also learned that Emily had survived the attack, but Richard once again covered his tracks by framing Aidan Critchley - the ex-boyfriend of Gail's daughter Sarah - for the incident, as he wanted to get revenge on Aidan for hospitalizing Sarah in a car accident a year ago.

When Maxine's funeral occurred, Richard delivered a heartfelt speech that further helped gain the community's respect in him. But Audrey deduced that Richard killed Maxine, and together with her friends Archie Shuttlesworth and Norris Cole resolved to try and bring him to justice - albeit with little success due to insufficient evidence according to the police.

On the night Richard and Gail were due to leave Weatherfield to start anew, Gail got suspicious and Richard confessed his crimes to her. Gail calls him "Norman Bates with a Briefcase" and tells Richard their marriage is finished. Richard fled the street as his crimes became public knowledge, but he returned two weeks later and bound and gagged his family when intending to gas them in the garage. However, they where disrupted by Gail's ex-husband Martin Platt and Audrey herself. They discovered what Richard was doing, so he drove the car away. Martin and his friends gave chase and saw Richard driving the car in the canal. The family where saved, but Richard had drowned to death with his body later being identified by Gail and Audrey. The following weeks saw Gail attend Richard's funeral.

Despite his death, Richard's presence would be felt in the street, especially around the Platt family, for many years to come. The trauma he caused to Gail's youngest son David would ensure the lad would go down a psychotic route and become villainous as he blamed Gail for letting Richard into their lives.

In 2006, cards began being sent to the Platt family, apparently from the deceased Richard. The first card was to Sarah for her birthday. Cards began coming through the post for the first few months. Cab driver Les Battersby then claimed he had given Richard a ride in his taxi, however this was just down to Les getting in on the gossip. Gail began suspecting David of being the card sender, so told him it was Richard's birthday coming up. On the day of Richard's "birthday" she received a card from Richard saying he will see her soon, which of course confirmed her suspicions, and she revealed to a shocked David that Richard's birthday was actually in December.

In November 2010 in a Coronation Street DVD Spin-off Knight's Tale, Richard's cousin Dickie appeared (played by Brian Capron as well) and this caused Norris Cole to become unnerved due to their striking resemblance. Dickie also referred to his family's love for the water, a joking reference to Richard driving into the canal.

In 2018, Gail visited her arch-rival Eileen Grimshaw to comfort the latter over a similar ordeal; Eileen had married a nefarious builder called Pat Phelan, who murdered their common lover Michael Rodwell and three other people whilst also committing rape and fraud on separate accounts. While trying to help Eileen move on from Phelan and the trouble he caused her, Gail reminds her that she herself went through the same situation with Richard in the past.

Soon after Phelan's death, Audrey's former fiancé and conman Lewis Archer made a surprise return to the street to scam Gail again. Lewis was aided by his conspirator Rosemary Piper and he had her convince Gail that Richard Hillman had posthumously put a curse on her family. Rosemary was able to get Gail to pay £3000 pounds for a session in return for her "removing" Richard's "curse" from the family for good. But the scam was eventually exposed thanks to Gail's friend Roy Cropper, who had Rosemary jailed while Lewis would later be killed-off months later. After Lewis' funeral, Gail brings up Richard again by comparing their fraudulent history before mentioning how the only difference was that Richard was a serial killer rand Lewis was not. 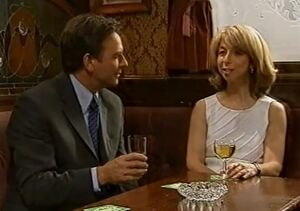 Richard meets Gail Platt after Alma's funeral, and they begin a relationship. 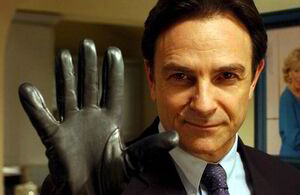 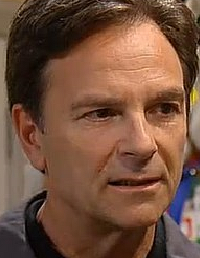 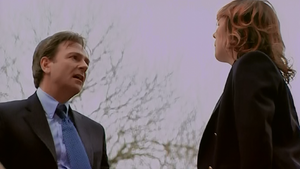 Richard reaches boiling point after being threatened and taunted by ex-wife Patricia. 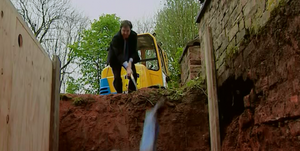 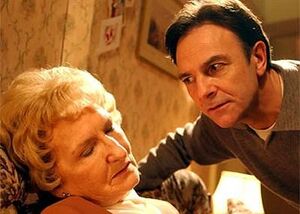 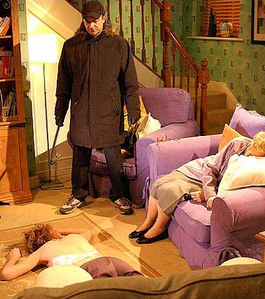 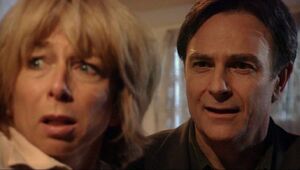 Richard confesses to Gail about his crimes. 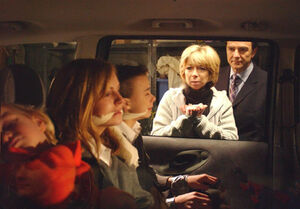 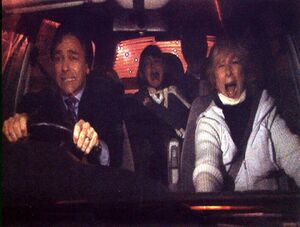 Richard attempts to commit suicide and kill his stepfamily altogether. 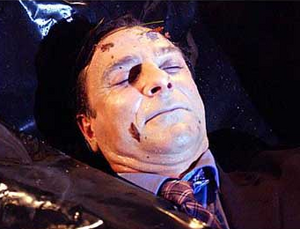 Richard's corpse.
Add a photo to this gallery

Retrieved from "https://villains.fandom.com/wiki/Richard_Hillman?oldid=4270669"
Community content is available under CC-BY-SA unless otherwise noted.