Watching his candidates fight it out to the death.

Richard Sionis, also known as The Mask, is the eponymous main antagonist of the Gotham episode "The Mask" and a minor character in "Rise of the Villains: Damned If You Do". Richard is a rich businessman and owner of Sionis Investments, before hiring any new employees, he forced them to take part in all out brawl inside an abandoned building, mostly for his own entertainment. The last man standing would get the job. Though it did not have to be to the death, he cared nothing if it was and at least four people died in his previous fights. It is later revealed that he killed 22 people.

He makes an appearance in the second season in which he is seen being held at Arkham Asylum and is killed after the breakout orchestrated by Theo Galavan after he refused to join in on his scheme.

He was portrayed by Todd Stashwick, who also played Carmelo Dante in Burn Notice and Dr. Drakken in the 2019 Kim Possible live-action film.

One of the bodies, from his previous fights washed up on the docks. Upon investigating, Nygma found the victim had bitten off his attackers thumb, this led to Jim Gordon and Harvey Bullock investigating. Going to Sionis industries, they noticed that all his employee's had scars or cuts.

Confronting Sionis himself, he gave a talk romanticizing combat and bloodshed itself and how he believed it took a similar killer instinct to achieve in business, something which Jim Gordon (himself a war veteran) was not impressed with.

Later, while investigating one of the buildings where he supposedly had fights, Sionis' goons got the drop on Jim and captured him. Interested in seeing the fire in Jim, Sionis set three potential candidates against him promising them the job and a million dollars bonus for killing Jim.

However, Jim managed to beat them and Sionis himself attacked with a katana, but was no match for Jim. He was defeated, and was later incarnated in Arkham Asylum for over 20 murders.

After having been caught by Jim, Sionis was imprisoned at Arkham Asylum. In there, Sionis takes a liking to new inmate Barbara Kean and does her a favor by getting her a telephone. Sionis, along with other inmates, are broken out of Arkham by Theo Galavan and given the opportunity to be part of a group of criminals. However, Sionis turns down the offer and wants to take Barbara with him all while insulting Theo. Sionis is then stabbed to death by Theo's sister Tabitha. 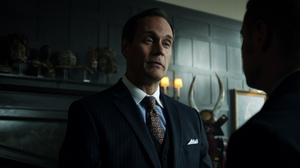 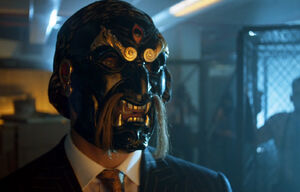 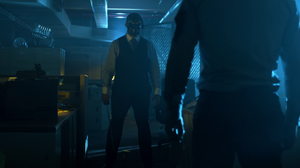 Richard faces off with Jim Gordon. 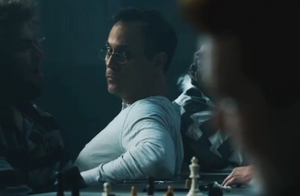 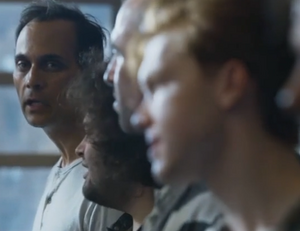 Richard captured by Theo Galavan along with his fellow inmates. 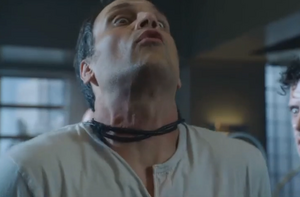 Richard being strangled by Tabitha Galavan shortly before his murder.