Richard Slessman is a supporting antagonist in "Extreme Aggressor", the pilot episode of Criminal Minds. He is a depraved ex-convict who is serial killer Tim Vogel's submissive partner-in-crime.

He was portrayed by DJ Qualls.

Slessman was orphaned at age thirteen when his parents were killed in a fire. He grew into a sociopath who harbored violent fantasies of rape and murder, but he is too weak and cowardly to act of them. However, instead fueling his fantasies with books about serial killers and forensic science. He is paranoid and socially inept, and is frequently ignored by others, particularly women, which feeds his misogyny.

As an adult, he is arrested for petty theft, and goes to prison, where his physical and psychological weakness makes him a target. Vogel, a guard at the prison, senses Slessman's submissiveness and protects him from other inmates so Slessman will "owe" him later on.

Sure enough, after Slessman is released, Vogel uses their connection to force Slessman to help him rape and murder women. Slessman's job is to lure victims by sending them self-deleting emails offering to buy items they have put up for sale. The victim then would meet Vogel, who would then kidnap and kill them. Slessman is intimidated by Vogel, but also derives a sense of power from helping him, using him as a conduit for the violent impulses he is too weak to act out himself.

After Vogel kidnaps a woman named Heather Woodland, Slessman plants a virus on her work computer that reads, "For heaven's sake stop me before I kill more, I cannot control himself.", a quote from serial killer William Heirens. Behavioral Analysis Unit Supervisory Agent Jason Gideon theorizes that two people, one dominant, the other submissive, committed the crime, and that the submissive partner planted the email to draw attention away from the dominant partner while kidnapped and murdered Woodland. The profile eventually leads Gideon and the rest of the BAU team to Slessman's grandmother's house, where he lives with her, and they arrest him.

When Gideon questions him, Slessman says he is a fan of Gideon's books about homicidal pathology, and that he is looking forward to Gideon writing about him. Gideon sees through Slessman's bravado, however, and realizes that he is the weaker partner, and is pretending to have committed the murders to protect his partner and create an image for himself as a criminal mastermind.

Eventually, Gideon goes to the prison where Slessman did his time to learn about Slessman's deceased cellmate, Charles Linder, hoping more information will lead him to the killer. He talks to Vogel, and notices that his keychain has the symbol for the car that Woodland's kidnapper drove. He then realizes that Vogel is Slessman's dominant partner, and the killer. Although Slessman refuses to tell the BAU team anything about Vogel, they are able to stop him and save Woodland. Slessman then goes to prison for his part in the murders. 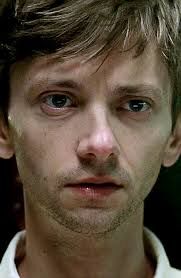