Servant and henchman of Kurt Barlow

Serve and protect his vampire-master.

In the original novel, Straker is Kurt Barlow's "familiar" or human thrall. All of Barlow's business concerns are enacted by him. He buys the Marsten house and prepares the way for his master. He is presented as a Satanist and shows his devotion by killing Will Purinton's dog as a sacrifice. After Mark Petrie wounds Straker during his escape from the Marsten house, Straker is drained of his blood by Barlow who is unable to resist feeding on his servant. Barlow is furious at this turn of events, as he considered Straker the best servant he had ever possessed.

In the 1979 adaptation, Straker is the main antagonist and a more prominent villain than Barlow, unlike the novel, and was alive until the climax of the miniseries. Though seemingly human, this version of Straker turns out to be something more with incredible strength, and it is implied he possesses some kind of supernatural power; he manages to summon a fast wind as he abducts Ralphie Glick in the woods and easily manages to lift Dr. Bill Norton off the ground by himself with little effort, as he impales him on a wall filled with animal horns.

However, he was still mortal and was shot and killed by Ben Mears on the stairs of the Marsten house, though he took several bullets to the abdomen and continued to move until finally succumbing to his wounds. Straker was English in this version (as played by James Mason) and came from London. According to Constable Gillespie, his name was actually Richard K. Straker. Even though, it remains unknown what the middle initial stood for (however, it seems to be either Kenneth, Keene, Kyle, Kevin, Kendall, or Keith).

In the 2004 adaptation, Straker's name is once again changed, this time into Richard Thomas Straker. He was portrayed by Donald Sutherland. Although he again has more screen time than Barlow in this version, his role is somewhat reduced from that of the original miniseries. He is also never actually seen in any of the same scenes with Barlow. In this version, he is killed as in the novel and left hanging upside down from the rafters of the Marsten house, drained of his blood. However, it is unclear if he was killed by Barlow, since it is established in the 2004 miniseries that the house itself has some kind of evil entity dwelling inside it that had previously killed Hubie Marsten in a similar way. 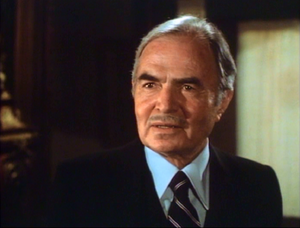 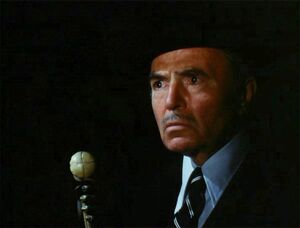 Straker lurking in the shadows. 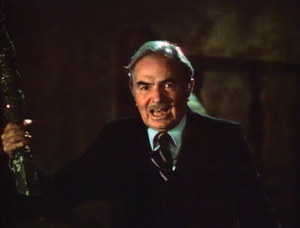 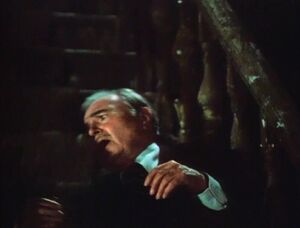 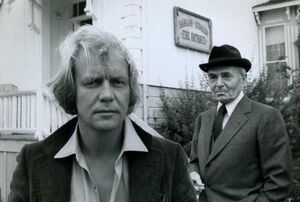 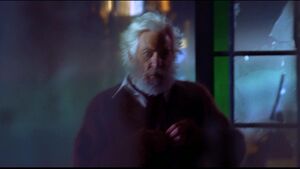 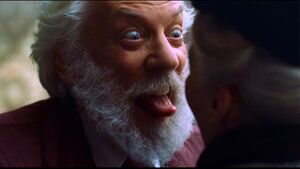 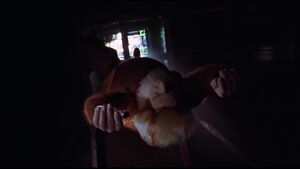 Straker hanged upside-down and drained of his blood. 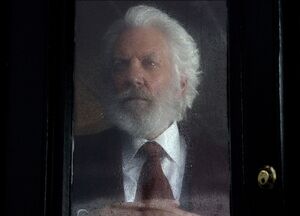 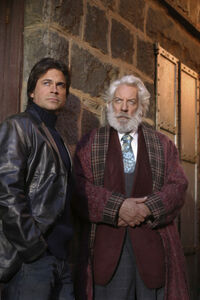 Retrieved from "https://villains.fandom.com/wiki/Richard_Straker?oldid=3361921"
Community content is available under CC-BY-SA unless otherwise noted.