Richard "Richie" Nix is a psychotic man who become partner of Armand "The Blackbird" Degas in the book turned 2008 film Killshot. He had troubled relationship with his girlfriend Donna whom later he killed.

He was portrayed by Joseph Gordon-Levitt, who also played Cobra Commander in G.I. Joe Rise of Cobra.

Because of his troubled childhood which left him to become criminal. Blackbird met Richie when he assigned as his partner to assassinated a mafia leader and later they robbed and killed people until Richie trashed and and demanding the boss for money before Wanye tells him where money is? and he lured Riche and beaten him with iron rad and knocking Blackbird down in the bank include boss after Richie the money at gunpoint on Wanye only wittiness was estataged married couple Wayne and Carmen Colson an went to Police for witnesses protection. Richie and Blackbird visited Lionel Adam, a local man and fellow Indian tribesman of Blackbird who is Wanye's good friend, ask him about whereabouts of the Calsons he refused before he was killed by them. His relationship with Donna is very volatile especially he was jealous of Donna's friendship with Blackbrid as friend before he shot her to death. track Calsons's whereabouts in the secret location and holding them as hostage. Riche started torments and taunted Carmen by sprayed by buck lure and at dinner Richie realaved that he killed Donna which infurted Blackbird (who friendship with her) and shot Riche dead in front of terrified Carmen. 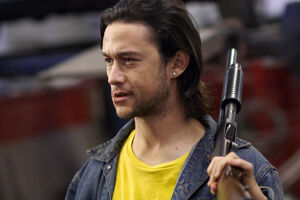 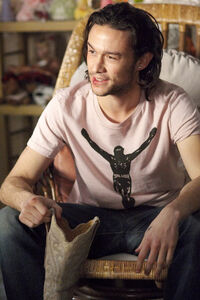 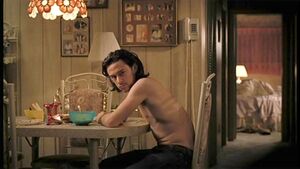 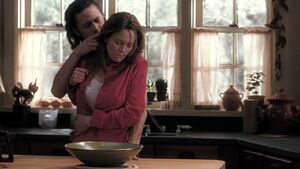