Spending time with his brother (as a kid).

Get revenge on Mother Superior for abusing and torturing Billy and causing his death (succeeded).

Kill Laura and Chris (failed with Laura but succeeded with Chris).

Richard "Ricky" Chapman/Caldwell is a serial killer from the Silent Night, Deadly Night series of films, appearing in the first installment as a minor character and in the second as the main protagonist and the third as the main antagonist. He is also the younger brother of teenage serial killer Billy Chapman and they are shown to love each other as Ricky planned on avenging him and succeeded, Billy killed an officer for increasing Ricky's trauma, building a snowman together when they were kids, him trying to cheer up Billy after he punched a man dressed as Santa, they shared the same room at the orphanage, he yelled at and scolded a kid who called Billy a nutcase, and when Billy went back to the orphanage to get revenge on Mother Superior, he also went there to reunite with Ricky.

In Silent Night, Deadly Night, Ricky was just a baby when his parents were killed by a man dressed as Santa Clause. This deeply traumatized both the Chapman brothers, Billy in particular.

Afterwards they are placed in Saint Mary's Orphanage, which is run by nuns, and in charge of them was the abusive and strict Mother Superior. She frequently punished Billy, further draining his sanity as well as Ricky's. Ricky didn't have a major role in the first film, but was by Billy's side throughout his teenage years.

He witnessed Billy's death at the hands of a detective and watched him die. He blamed Superior for his death and plotted to avenge him. He was placed with the Rosenburg family after Superior had a stroke and the orphanage closed down. Ricky eventually developed a mind frame similar to his brother, which drove him to serial killing.

He met Jennifer Statson and fell in love with her. However they ran into her ex-boyfriend Chip, who provoked a murderous reaction after taunting Ricky.

He killed Chip by electrocuting him with spark plugs from a car, and Jennifer instantly dumps Ricky. Ricky kills Jennifer immediately after she attempts to run away by strangling her with a car antenna. After killing a cop, Ricky acquires his revolver goes on a killing spree. He is confronted by police and attempts suicide, but is out of ammunition and arrested. He is tried, convicted and placed in an institution for life in a mental hospital in Silent Night, Deadly Night 2 and later escapes the mental hospital after killing Dr. Bloom. He tracks down Mother Superior and after a chase, he finally kills her. Sister Mary shows up with the police and he attempts to kill her but the police shoot him.

In Silent Night, Deadly Night 3: Better Watch Out, he survived the gunshots and was hospitalized and had remained comatose for six years. A metal dome was placed on his head that exposed his brain to repair and reconstruct his damaged skull. A doctor named Newbury attempted to use a clairvoyant blind girl named Laura Anderson to try to reach out and contact him.

She learns about him through seeing into his unconscious mind and is horrified by what she sees. Ricky is later taunted by a drunk hospital employee dressed as Santa Claus which somehow wakes him out of his coma. He awakens and murders him and a rude receptionist Laura had argued with. He escapes the hospital and slowly follows Laura and Chris, who are on their way to their grandmother's house for Christmas along with Chris' girlfriend Jerri.

Ricky flags down a driver and later kills him for his van (and for trying to give him a red sweater, Ricky is triggered by the color red). He also murders a gas station owner and steals his clothes. He arrives at Granny Anderson's house before her grandchildren and is invited inside. They have dinner and talk but Ricky sees a picture of Laura and becomes infatuated. Granny offers him a gift in red wrapping paper and she is killed off-screen. Laura, Jerri, and Chris arrive to Granny's empty house and begin searching for her.

Ricky later watches as Chris and Jerri make out in the bathroom. Much later, Ricky grabs Jerri through the front door but Chris stabs him in the arm and he lets go. Chris finds a gun and the trio try to make it to Granny's car to escape. Ricky ambushes them and beats Chris unconscious. Newbury arrives (having been following him Connely, who he ditched when he went to the bathroom) and attempts to pacify Ricky by showing him an audio recording of one his experiments on him but fails and he's beaten by Ricky, dying later on.

Ricky breaks back into the house and resumes hunting the women. Ricky kills Jerri and traps Laura, who seems to induce a calming effect on him. She manages to feel his face but flees in terror with Ricky in pursuit. She flees to the basement where she sees a vision of Granny and finds her body. Chris appears to her aid and shoots Ricky seemingly dead. But the gun was loaded with blanks instead of bullets so Ricky is unharmed and pins Chris' head to a support beam with the gun pressed against his throat, strangling him to death.

He attempts to kill Laura but she impales him with a broken poker finally killing Ricky. Connely arrives and finds the scene. As Laura is driven off in a cop car with Connely she has one final vision of Ricky in a suit wishes the audience a happy new year. 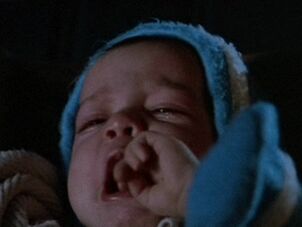 Ricky as a baby witnessing his parent's murder. 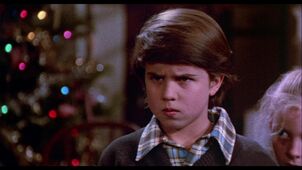 Ricky as a boy at the end of the film. 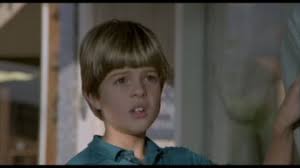 Ricky as an older boy. 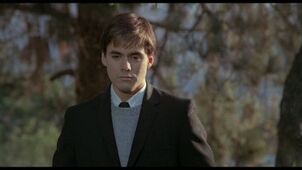 Ricky as a teen at his stepfather's funeral. 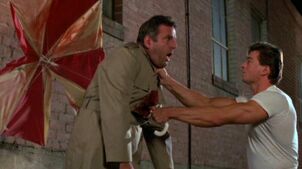 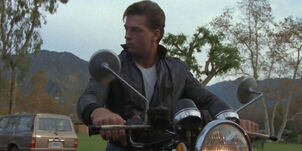 Ricky as a biker. 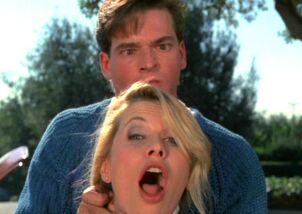 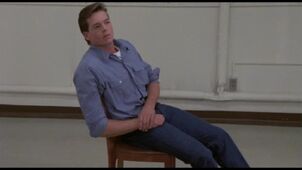 Ricky institutionalized after his killing spree. Ricky in a Santa suit hunting down Mother Superior. 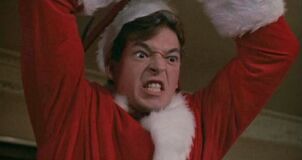 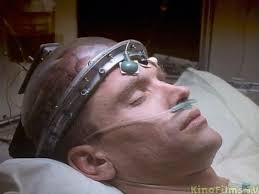 Ricky comatose after the second film. 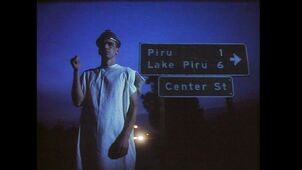 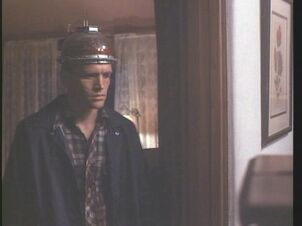 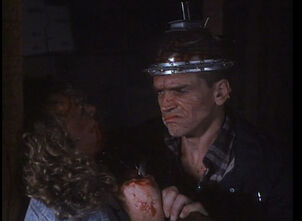