Sadistic Persona
Ricky Spanish is an antagonist in American Dad. He is Roger Smith's most evil and widely hated alter ego in American Dad!. He is actually so horrible that even Roger is terrified of the persona. Ricky Spanish was even taken up by Stan Smith which he used to become a mob boss and induce anarchy in Langley Falls.

Roger's version of Ricky Spanish is incredibly cruel, heartless, and unsympathetic, as he takes pleasure in causing chaos and ruining lives. He is extremely remorseless and hard-hearted for committing his evil deeds such as kicking an elderly woman and burning a petting farm. Ricky Spanish is also very treacherous and deceptive, as shown when he pretended to like Steve Smith and listen to him so that he could throw him aside at the end of the episode. Roger also describes the personality as a lying, thieving, sociopath who is disgusted by Ricky's cruelty.

Stan's version of persona has many similarities with Roger's version of Ricky Spanish. However, unlike Roger's persona which is more of a sadistic criminal, Stan's persona is much more of an sadistic anarchist and shows a massive appetite for destruction. Stan's persona takes pleasure in unleashing absolute chaos and anarchy in Langley Falls, committing massive acts of terrorism and destruction and even going as far as murdering many people and even all the Mob Bosses in Langley Falls.

Roger finds an outfit in his closet after some caterpillars ate some of his other clothes. He decides to wear it and go outside for a walk around town. When he was walking through the town everyone began glaring at him. Roger himself was confused about why someone would be glaring at him so harshly but Brian Lewis attacked and told him that he was Ricky Spanish the man that everyone hates the most in town.

An angry mod appeared in town and the civilians went on a manhunt for Ricky. Roger hid in a dumpster to hide from everyone. Roger contacted Steve and he helped him get a new pair of clothes. After getting a new pair of clothes, Roger and Steve fled the scene. They began talking about Ricky. Roger himself believes that there is no helping Ricky since he was known for ruining so many lives. Steve believes that Ricky could be redeemed for all the evil things he has done and insist that Roger revert to his Ricky persona and have him apologize to all the people he had wronged.

Ricky and Steve goes around town apologizing to the people he had wronged. They later confronted Brian Lewis. Brian was vicious at first and brought up his story about how he was having a good time in Tijuana until Ricky knocked him unconscious and stole all his money; he later forgived him. They also confronted Avery Bullock and Ricky wanted to apologize to him for murdering his wife but Bullock took it very lightly and accepted his apology.

Steve said that now they would have to apologize to a man named Daniel. Ricky said that he did not want to since Daniel would want to murder him for putting him behind bars. Steve encouraged him and told him that everything will work out right when he come clean and apologizes. When Daniel finally got out of prison, he tried to kill Ricky but Steve stopped him. Steve told him that Ricky is no longer evil and that he is a good guy. Daniel began to believe him but Ricky said that he has a new plan to get more money. Ricky states that they will escape with the loot and Steve will be incriminated for the heist.

At the docks, the men began discussing their plan and Steve was a bit curious about what they wanted to do. Ricky knocked out Steve and began to initiate the plan with Daniel. Steve regained his consciousness and tried to stop him but they got away and Steve was caught by the guards for his role in the crime. Ricky was last seen with Daniel commenting on Steve's naiveté and their success.

In the two-hundredth and fiftieth episode, Stan Smith takes up the Ricky Spanish persona to eliminate all the mob bosses and stop the mob war within Langley Falls. When Klaus Heissler urges him to put the costume back, Stan decides to instead take over the mob war, expand it, and unleash absolute anarchy in Langley Falls. Stan goes on to commit violent acts of anarchy and destruction. To counter Stan (Ricky Spanish)'s destructive appetite, Roger dons the persona of a more passive, but equally destructive and ruthless individual... Jeannie Gold; who also turns out to be Ricky Spanish's "sister". 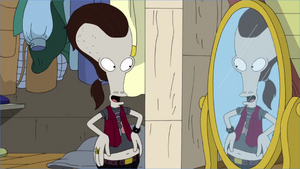 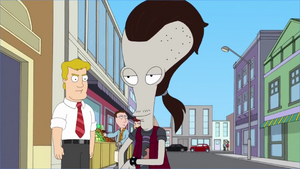 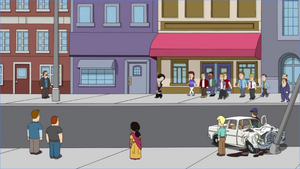 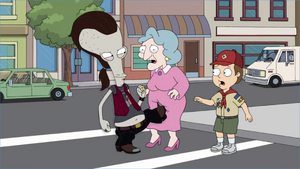 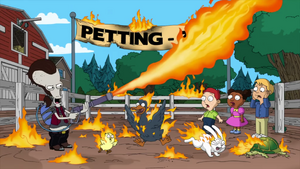 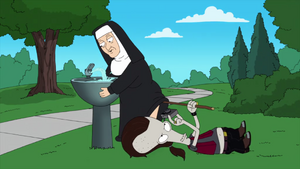 Ricky Spanish taking a picture of a nun's vagina. 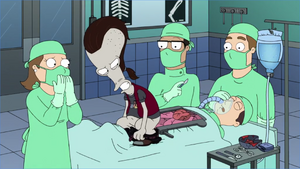 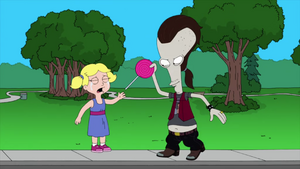 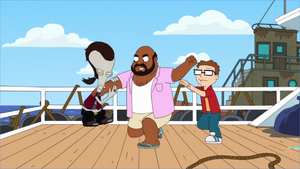 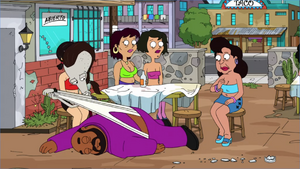 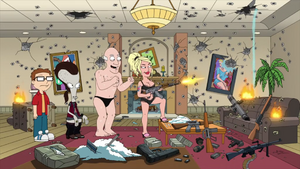 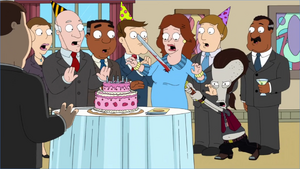 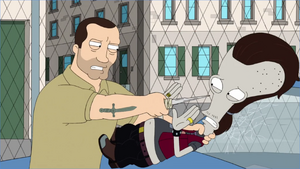 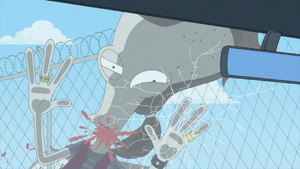 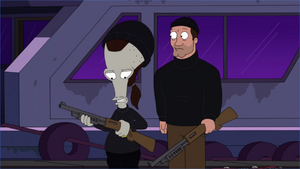 Ricky Spanish and Daniel planning to do a big heist. 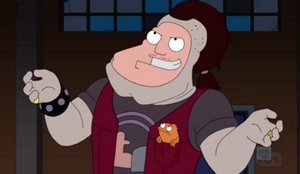 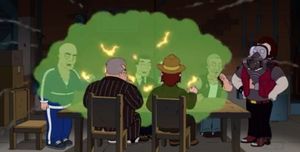 Stan as "Ricky Spanish" killing all the Mob Bosses in Langley Falls. 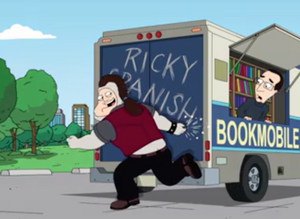