Villains Wiki
Register
Don't have an account?
Sign In
Advertisement
in: Kamen Rider Villains, Traitor, Master of Hero,
and 19 more

Fighting against the Worms and Neo-ZECT.

Defeat the Worm invasion and the Natives (TV series).

Master of Hero
Riku Kagami is the leader of ZECT and the father of Arata Kagami/Kamen Rider Gatack in Kamen Rider Kabuto. While a heroic though somewhat aloof character who is committed to fighting against the Worms in the Kabuto TV series, Kagami is the main antagonist of the movie Kamen Rider Kabuto: God Speed Love where he and ZECT sell out humanity to the Worms by constructing the Jacob's Ladder space station to allow the Next-Worms to invade.

Riku Kagami and Masato Mishima ordered the construction of the Jacob's Ladder space station under the guise of using it to harness water from the Next-Worm meteor to replenish Earth's oceans, which had been depleted by the Worm meteor crashing into Earth, keeping the fact that the meteor contained the Next-Worms a secret.

After ZECT spy Shura Hokuto uncovered ZECT's true motives for constructing Jacob's Ladder, Riku ordered her to be killed. Despite being fatally wounded, Shura survived long enough to inform Tendou of ZECT's plan to increase the number of Worms.

Kabuto later uses the Hyper Zecter to travel back in time and cause the Next-Worm meteor to crash into the Worm meteor, destroying both and causing only a small chunk of the Worm meteor to crash into Earth and averting the future where Earth was devastated by the meteor. Because the future was averted, Riku Kagami never betrayed humanity and in fact would go on to assist Kabuto and Gatack in fighting against the Natives. 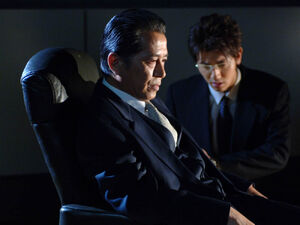 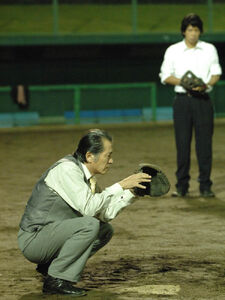 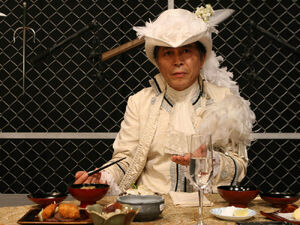 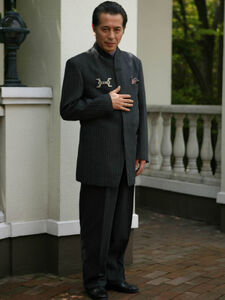 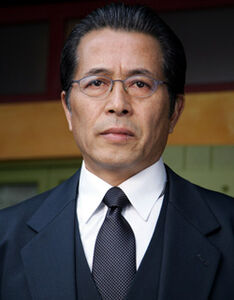