Tea brewing with herbs she grows.

To steal all Ryuuguu's money.

To steal money from the Sonozakis. (depending on the world, mostly failed)

Rina is a pink-haired woman who works primarily as a showgirl in a Sonozaki-run establishment called the Blue Mermaid. Teppei Hojo is her lover, and most likely her pimp. He lives at her apartment, and most likely off her 'wages' as well. Together they get money from men through a variety of schemes and blackmail techniques. She doesn't really show up recognizably until Tsumihoroboshi-hen, where she's gotten together with Rena's father in what will ultimately be an attempt to extort money from him. When Rena realizes this, she confronts Rina in the junkyard. Rina, not one to take such things lightly, attacks her. In the end Rina is killed, triggering the reemergence of Rena's syndrome.

In most arcs her death is simply what causes Teppei to return to Hinamizawa. Not surprisingly, Rina is in with some bad characters. She was involved in an attempt to steal money from the Sonozaki's with some former members of their group. Based on the TIPS from the games, she was being pursued by the Sonozaki's who catch up with her just as the culprits are about to make their get-away. In these arcs she is the only one noted as getting caught, and was most likely tortured to get information on the others before she was finally killed in a way reminiscent of the ancient Watanagushi-type rituals of ancient Hinamizawa. It is her body we see in the storm drain at the beginning of Tatarigoroshi-hen. Even though Teppei was never a part of the scheme, as she thought him too stupid to be of any use, he was still closely tied to her, so her murder causes him to return to escape what he fears will be a yakuza retribution on him. 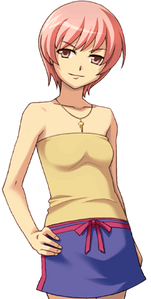 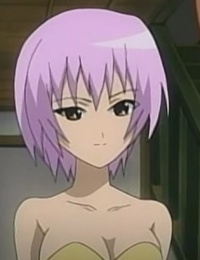 Anime
Add a photo to this gallery

Retrieved from "https://villains.fandom.com/wiki/Rina_Mamiya?oldid=3633966"
Community content is available under CC-BY-SA unless otherwise noted.