Ring Man is one of the eight Robot Masters and a minor antagonist from Mega Man 4. He was created by Dr. Cossack to defeat Mega Man.

Ring Man appears in Mega Man 10 as data of the weapon archive. Here, his weakness is the Solar Blaze.

Ring Man is one of the four first bosses in Mega Man IV. He's stationed inside a ring facility within an area surrounded by mountains for this game. His moves are the same, and his weakness are the Pharaoh Shoot and the Charge Kick.

Ring Man appears in the Mega Man cartoon by Ruby-Spears, appearing in the episodes "Mega-Pinocchio" and "Bad Day At Peril Park". 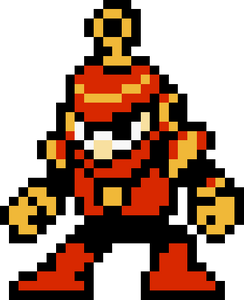 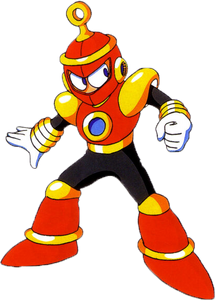 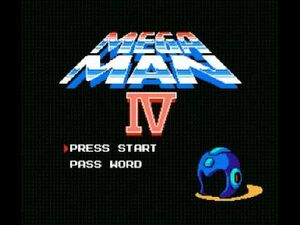