Forcing fictional characters to fight to the death.

Force fictional characters to fight to the death.

Ringmaster is the main protagonist and host of season four and onward of the DEATH BATTLE spinoff show DEATH BATTLE EXHIBITION, or DBX, a role replacing that of Boomstick from the first three seasons. He is an extravagant arena master who forces fictional characters in a fight to the death in front of an audience, but unlike DEATH BATTLE!, does not research or make rules, only lets the fight play out.

He is voiced by Billy Burson III, who also voiced Bandit 2 in RWBY.

Little is known about the Ringmaster, including his real name, his age, or how he got the job as the host of DBX. It is possible that he knows Wizard and Boomstick, as he seems to be familiar with Boomstick in the Season 4 finale. However, the character is mainly mysterious.

Ringmaster presents his battles in a massive arena in front of a large audience, and prides himself on the fact that there are no rules or analysis in DBX. Before the battles, he gives a brief rundown of the character's histories and basic abilities, usually while mocking or poking fun at them at the same time. He then presents the battle through use of a screen and watches as they fight to the death for his entertainment and the entertainment of his audience. He also changes his hair and clothing colors to reflect the combatants' color schemes, though his default seems to be pink hair, a beige shirt, a bright pink suit jacket, crimson pants, and maroon boots. 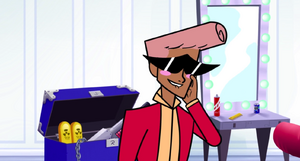 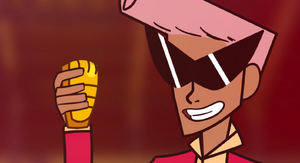 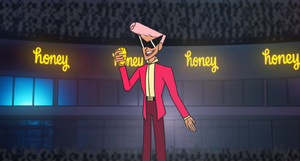 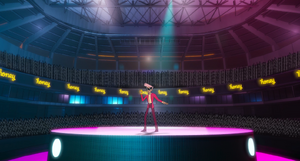 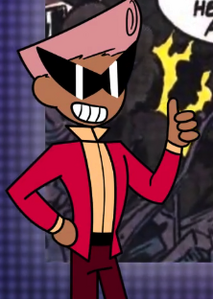 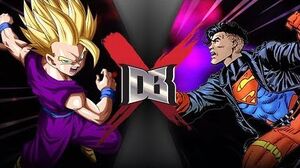 Gohan VS Superboy (Dragon Ball VS DC Comics) DBX
Ringmaster's first appearance.
Add a photo to this gallery
Retrieved from "https://villains.fandom.com/wiki/Ringmaster_(DBX)?oldid=3829553"
Community content is available under CC-BY-SA unless otherwise noted.