Capture (and possibly kill) Ducky in order to prevent her from revealing their plans (both failed).

Rinkus is voiced by Rob Paulsen, who also voiced Strut from The Land Before Time II: The Great Valley Adventure and Broccoli Overlord from The High Fructose Adventures of Annoying Orange. Sierra is voiced by Jim Cummings, who also voiced Steele from Balto, the Bears from Sing, Nessus from Hercules, Dennis from Tarzan, Ed from The Lion King and Pete from Disney’s Mickey Mouse cartoons.

Rinkus and Sierra are Pterano's henchmen, but they are much more wicked than Pterano, and are often referred to as devil-like.

Together they set out to find the Stone of Cold Fire so they could use its power to rule the world.

They took Ducky away with them, and chased after her as she tried to escape due to a distraction by Rinkus standing on the edge of a cliff and falling.

She fell through the floor and was thought to be dead, but in violation of Pterano's orders, Sierra took her again when he found out she survived. She bit him, however, causing him to drop her. When Pterano tried to stop them from chasing after Littlefoot and his friends, they grabbed him and forced him to go with them, but they crashed into a rock wall.

Pterano reminded Rinkus and Sierra that he was the leader, but due to a thunderstorm they were forced to camp in a hollow cave-like area on the mountain side. Sierra expressed a desire to feed the kids to sharpteeth, to which Pterano decided to ditch them. Sierra wanted to kill him for this, but Rinkus convinced him to instead let him lead them to the stone. They tricked Pterano into thinking that they were on his side until he tried to take the stone's power and found it to be an ordinary rock. Rinkus and Sierra threw Pterano to the ground and hit the stone with rocks, demanding to see its power. At that moment, the volcano that the stone was on began to erupt. Everyone escaped except Rinkus and Sierra, who were still attacking the stone, until the stone exploded, sending them flying through the air where they landed in the same area they had previously camped in, severely burned. It is believed by many that this killed them, but at one point the film makers considered putting Sierra in a sequel, so their final fate is currently up for debate.

Sierra is the aggressive one and is viewed as a sadistic low-funtioning psychopath. He makes it obvious that he dislikes Pterano multiple times, and attempts to kill him. He also completely hates the children, wanting to feed them to carnivores once they take over. Besides that, he also clearly dislikes Rinkus, as he laughs when Pterano hits him and plans to use the stone for himself. Meanwhile, Rinkus initially appears as the humorous one, but is actually more cunning than Sierra and just as vicious, as shown by his plan for Pterano to lead them to the stone so they can take its power themselves, which shows he is more pragmatic. There were hints of this before, as he wanted to threaten Littlefoot with death to find the location of the stone and whacks Petrie out of the sky. He equally dislikes Sierra, as he demands the stone show power to himself instead of his companion. Despite this, he is more moral than Sierra, if only slightly, as he suggests leaving Ducky behind when its no longer necessary to hold her hostage, instead of continuing to hold her captive, and does check if she survived her fall with a worried tone and look. 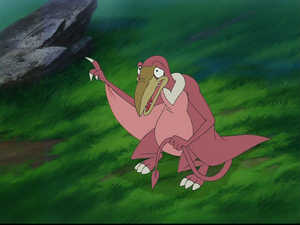 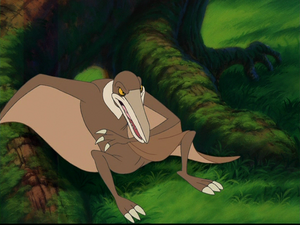 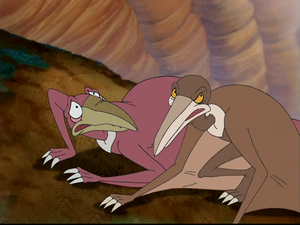 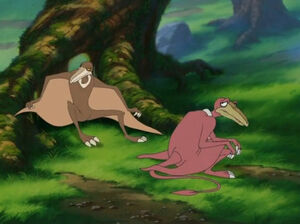 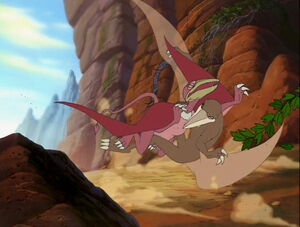 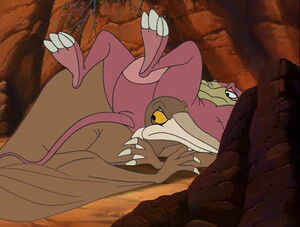 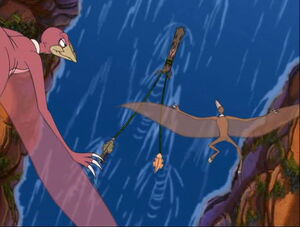 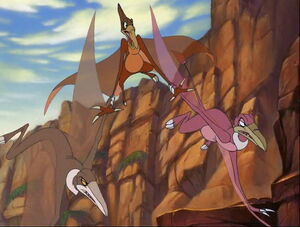 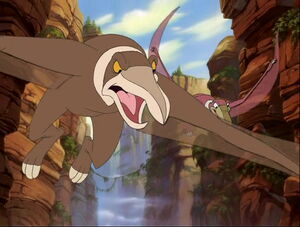 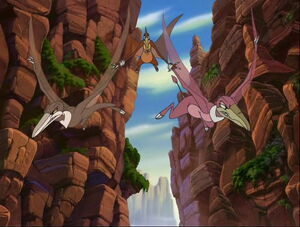 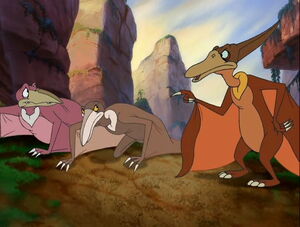 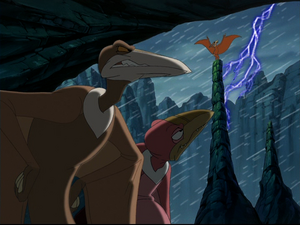 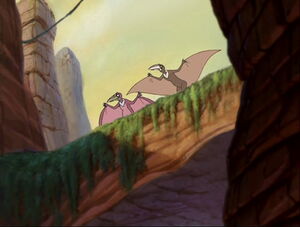 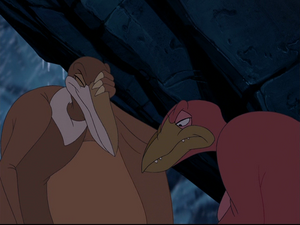 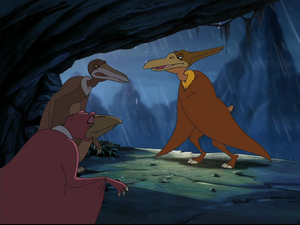 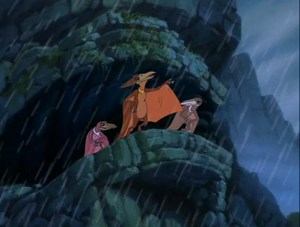