Hanging out with Shido.

Trying to make her love ones happy.

To use Eden to restart the world and create a world where Shido can be happy.

Rinne Sonogami is a titular character from the game Date A Live: Rinne Utopia. She is one of the main heroines-turned-main antagonist of the game. She is a human who has been transformed into Spirit, she has difficulties to suppress her Spirit powers. She also appears a cameo in the Volume 11 (Tobiichi Devil) and in the season 3 of the anime as Phantom.

She was voiced by Kana Hanazawa in the game and in the season 3 of the anime.

When Rinne was a human she was short, light pink hair, with a part of her hair tied up in a braid. She has light brown eyes and is seen wearing a uniform with a sweater que has the logo of Raizen High School.

In this form, Rinne gets more mature, the their height increases dramatically into a woman almost 30 years, your hair gets longer, their eyes are bright red, her skin is pale, she wears a somewhat similar astral dress a nun, your dress is bright blue, with several yellow stripes, her dress is kind of transparent it also uses a similar veil of a bride down until your back, she wears a pair of high heels with stockings are somewhat similar to a femenine lingerie.

Rinne is a stoic, calm, and levelheaded individual. When she was a normal human, she was bright, optimistic, compassionate, and relatively cheerful, in comparison to Origami's tough attitude and Kurumi's sensitivity. However, when she becomes a spirit led her to becoming a very serious and thoughtful person, and she never spoke or showed expressions when she devoured other people to feed.

She seems to be more empathic than most other characters in the game, as she appears sad when she was reminded of her past, the Deus.Ex.Machina Industries and Anti Spirit Team have given her the title of Goddess of Cosmic because with her cosmic powers and her dress Astrall activated, it resembles one. She had the ability to read the emotions of Shidou without him facially expressing them, presumably as a result of having known him a long time.

Rinne Sonogami is Shidou Itsuka's childhood friend, she and her family lives right besides the Itsuka's family home, their parents have known each other for a long time and because of this, Rinne and Shidou naturally grows close together ever since they were children.

Rinne often comes to the Itsuka residence to wakes Shidou in the morning and do housechores for Shidou, she seems to be very close to Kotori and the other spirits as they often have a meal together. But the truth is, Rinne (or Ruler) was never Shidou's childhood friend nor was a human, she was born as a result of a large amount of spirit energy suddenly forming a consciousness on it's own. One day, Shidou's massive amount of stress caused by his dangerous life made the power of the sealed spirits return to their owners, and on the school's rooftop Tohka's power went berserk and accidentally killed Shidou, at this moment Rinne activated Eden in order to save him.

Her Eden engulfed the entire Tengu City and Rinne slipped inside Shidou's life as his childhood friend, her objective was to continue this Eden forever and hopes that Shidou will never discover the truth of Eden and have a happy life with his chosen partner. Unfortunately, as a result of her inability to fully control Eden, Shidou starts noticing the oddity around him and Kotori and her crew were able to identify Eden's effect, each time Kotori (or Rinne in Kotori's route) tried to call Shidou to warn him about this, a choice pops up either to pick the call or choose to stays with his chosen girl. If Shidou were to choose to answer the call, he and his chosen girl will try to dissolve Eden by destroying the vital point of Eden, but Rinne and her guardian shows up and disarm the girl and kill Shidou to reset Eden again and time will return to the moment Eden started.

This chain of events keeps repeating until Rinne can no longer erase Shidou and the girls memories completely, this causes Ratatosk to notice the field earlier and the other heroines to be able to notice the world's oddity and eventually Ruler's existence as well. In desperate, she concludes that this was the result of her mind turning instable over time, and so she choose to date Shido to stable her mind once again, but not only it ended in failure it also causes Shidou to starts developing feelings for Rinne.

As a final resort she decided to give up pursuing an happy ending in this loop and tries to forcefully reset Eden by killing Shido once again, but she was stopped by the spirits and Origami. Eden's memory manipulation has been dissolved and Shidou destroyed Eden's vital points and guardians with the help of Tohka and the others. Shidou faced Ruler who shows herself to be Rinne and once again she tried to kill Shidou, she used Paradise Lost to disarm the other spirits and Origami only Shidou was able to resist it's effect due to his strong will.

Finally accepting her defeat, Rinne asked Shidou to seal her by kissing her, Rinne kissed him and her power was sealed putting an end to Eden and her utopia, but because Rinne doesn't posses a physical vessel, the loss of her power means the very end of her existence, she tearfully say goodbye to Shidou after confessing her love to him. After this, Shidou and the others lose all of their memories regarding Rinne and Eden. After the credit, inside an unknown space Rinne was shown talking with herself until Phantom appears before her, Phantom thanks her for her hard work and she should take a good sleep, Rinne disappears completely.

On the If scenario unlocked after the ending, Rinne is shown transferring to Shidou's school, Shidou who miraculously remembers Rinne welcome her back and Rinne replies with I'm back, Shidou, on the ending of the game with the words to be continued.

In the canon story, Phantom, who is in fact Reine Murasame, is approached by Shido Itsuka when he travels back to the past, 5 years ago, to prevent Origami Tobiichi from destroying the world in her Inverse Form, Devil Origami. Shocked by Shido's sudden appearance when she had just transformed Kotori into a Spirit, starting the Great Fire, she quickly tries to flee from the scene to talk away from a young Kotori Itsuka. However, Phantom eventually stops and waits for Shido. She also voices her disappointment that Future Shido gave the name Phantom to her. However, in order to communicate with him, she decided to use Rinne Sonogami’s appearance (a non-canon Spirit), as she couldn’t let Shido see her true form yet. Unlike in the game, Shido never had any contact with Rinne in the canon.

Using Shido's older appearance as her basis, she correctly deduced that Shido came from the future and had Kurumi’s Yod Bet to travel back in time. Phantom is then inquired by Shido, who wants know who he is and why he has the power to seal Spirits. However, she couldn’t give him an answer, as she knows nothing about his prior circumstances and Kurumi is currently eavesdropping on their conversation. Instead, she asks why Shido went through all the trouble of traveling back in time. Shido replies that she wants Phantom to disappear, which she interpreters as him wanting her dead. She bemuses that she had thoughts about this happening, since she had an idea that he will be at his wits end dealing with moody Spirits in the future. However, she quickly retorts that she didn’t want to think like that. In response, Shido clarifies that he just wants Phantom to return back to the other dimension before Origami Tobiichi from the future arrives in the past to attempt kill her for belivieng it was her who killed the former's parents.

When she asks for the reason, Shido hesitates on his answer, as he didn’t know if goal is to invert the Spirits like Isaac Ray Peram Westcott. Nevertheless, Phantom refuses on the basis that she still had some jobs left to do. Before Shido can respond, he finds his body frozen. Phantom touches his cheek and repeats the words that he heard when he woke up on Ratatoskr after his first time meeting Tohka months ago: “…Because I definitely won’t let you go again. I definitely won’t make a mistake again.” Phantom then kicks the ground and disappears into the sky just as Origami arrives back in the past. 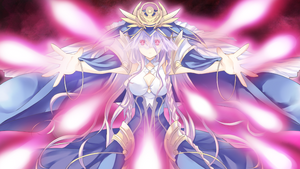 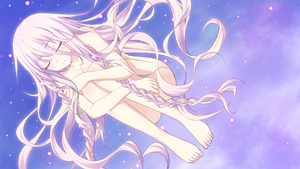 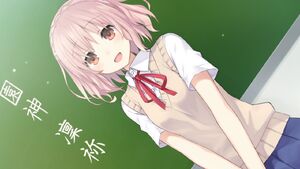 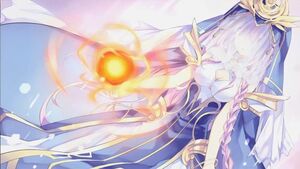 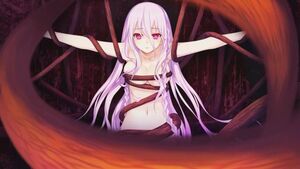 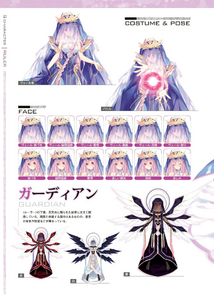 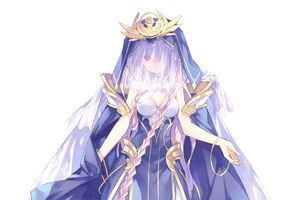 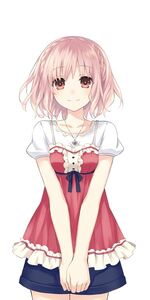 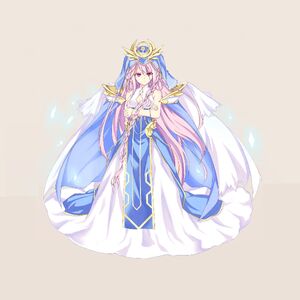 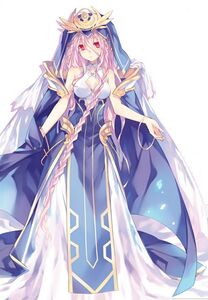 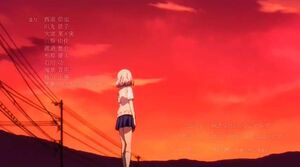 Phantom disguised as Rinne in the anime's season 3 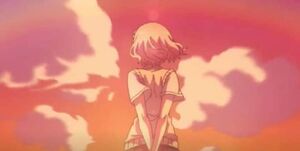 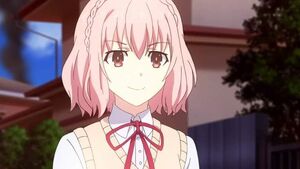 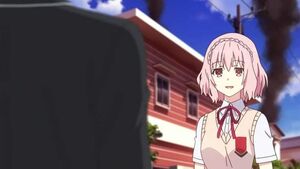 Rinne with Shido at the Great Fire 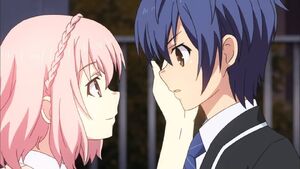