Keep her Rank (all failed).

Rinrin is the fourth boss in the video game MadWorld. She is ranked 94th on DeathWatch.

Rinrin's appearance in the combination of Kitana from Mortal Kombat, and Chun Li from Street Fighter. She fights with two blade fans.

Rinrin is the first boss in Asian Town. She mainly fights by defense and avoiding Jack's attacks. She often uses her blade fans as boomerangs if Jack is at a distance. Periodically Rinrin jumps to a higher platform and attempts to drop kick Jack. During the power struggle, Rinrin knocks Jack to the ground and attempts to decapitate Jack. When she fails, Jack kicks Rinrin to the nearby TV screen electrocuting Rinrin. After she loses all of her health, a machine that resembles Yee Fung appears. Jack then tosses Rinrin at Yee Fung. Yee Fung then grabbed Rinrin with a pair of chopsticks, crushing her with it's teeth. 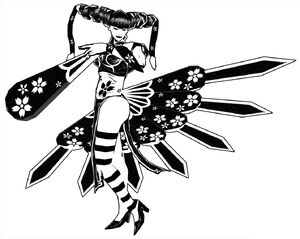 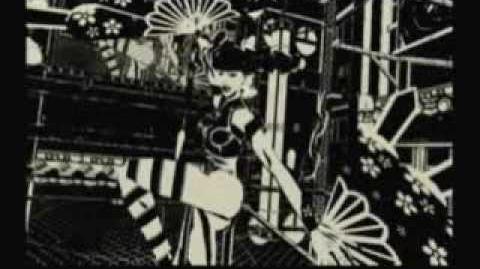 Retrieved from "https://villains.fandom.com/wiki/Rinrin?oldid=3909343"
Community content is available under CC-BY-SA unless otherwise noted.