They transform using the Smart Buckle, whose design was derived from the Faiz Gear with some modifications to make it cheaper for mass production.

The Smart Buckle was created by Hanagata, with its original purpose being to protect the Orphnoch King. After Yuji Kiba became the chief of Smart Brain, Naoya Kaidō, the Snake Orphnoch, was appointed as leader of the Riotroopers. However, Kaido left the Riotroopers after he discovered that Kiba was planning to attack Mari and awaken the Orphnoch King, believing that Yuji lost his belief in protecting humanity.

Acting as a full-fledged military, the Riotroopers were employed to exterminate any human resistance to the Orphnoch race. They were placed under the leadership of Kamen Rider Psyga, who led them in an attack on a human refugee camp. They later went after Mari and Takumi, but Takumi regained his memories and fought them off after transforming into Kamen Rider Faiz. 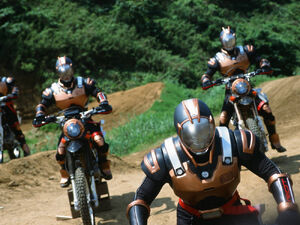 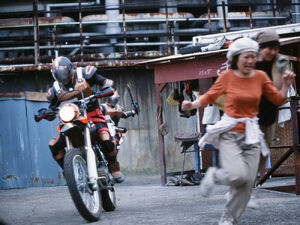 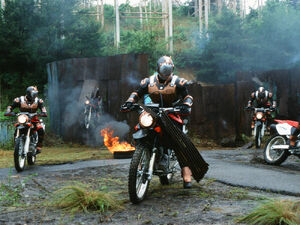 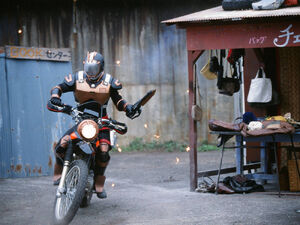 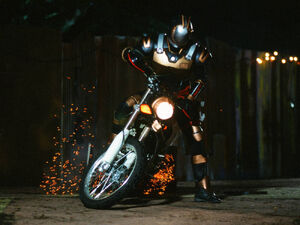 Retrieved from "https://villains.fandom.com/wiki/Riotroopers?oldid=4361215"
Community content is available under CC-BY-SA unless otherwise noted.