Ripper Roo is an antagonist from the Crash Bandicoot series. A wild, mentally unstable blue kangaroo, he is considered to be a failed experiment of Dr. Neo Cortex with the Evolvo Ray, although the events that happened after the first game to him could state otherwise.

In earlier games of the series, Ripper Roo's voice is a returned recording of the late Dallas McKennon's laugh that appeared in Lady And The Tramp as well as Will Ferrell's Elf. In the unused voice clips from CTR, he is voiced by Brendan O'Brien. In N. Sane Trilogy, he is voiced by Jess Harrell and Andrew Morgado in Crash Team Racing Nitro- Fueled.

He appeared in Crash Bandicoot as the second boss, and would hop around on various platforms in the arena. Crash must avoid Ripper Roo and use the Big TNT crates floating down the stream to damage him. After Ripper Roo's health is depleted, he will fall unconscious.

In Crash 2: Cortex Strikes Back, Ripper Roo returns after going through university to become a psychologist. He is working with Dr. Nitrus Brio in this game against Dr. Neo Cortex. He is now called "Doctor Roo". When Crash goes to fight him, he is in a library reading before being disturbed by the hero. Ripper Roo would then hop around the arena turning floor tiles on the arena into explosive TNT and Nitro tiles. Ripper Roo then ends up hoping on the converted tile to set them all off. Crash must avoid the explosions and attack Ripper Roo after he knocks himself dizzy by setting off the Nitro tiles. Eventually, Ripper Roo will be rendered unconscious.

He also appeared in Crash Team Racing as the first boss and a secret racer. Defeating Ripper Roo earned the player a key. In Crash Bash, he would occasionally make appearances to throw TNT at the contestants.

Ripper Roo made a cameo in Crash Twinsanity at Crash's "birthday party" along with a collection of Crash's former foes. After the event, he is then seen discussing lunch with Dingodile.

Ripper Roo reappears in the remastered trilogy, however the animations for his defeats differ for the original games. Upon his defeat in the first game, Ripper Roo will fall into the stream and then off a waterfall. When he is defeated in the second game, Ripper Roo will get his head stuck in the ground before pulling it out and falling unconscious.

Ripper Roo returns in the remaster for Crash Team Racing serving the same role he had in the original game. He is a Turn class driver. 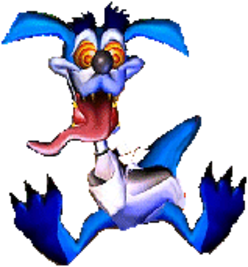 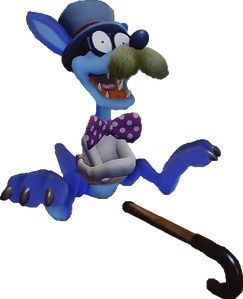 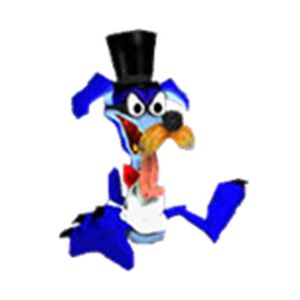 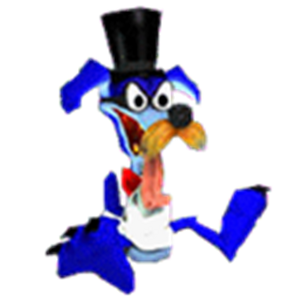 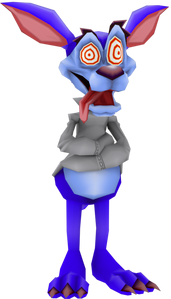 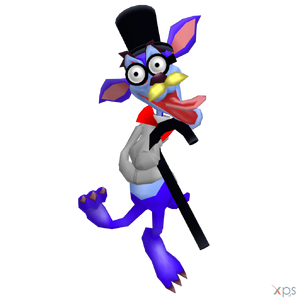 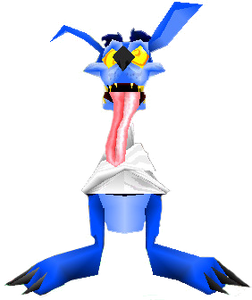 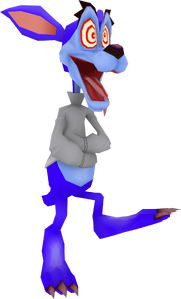 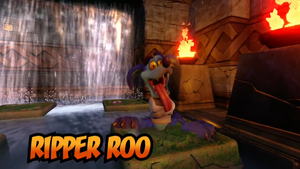 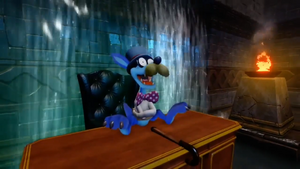 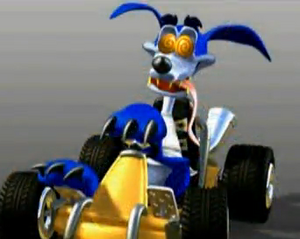 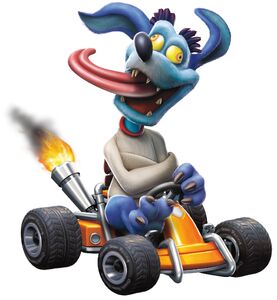 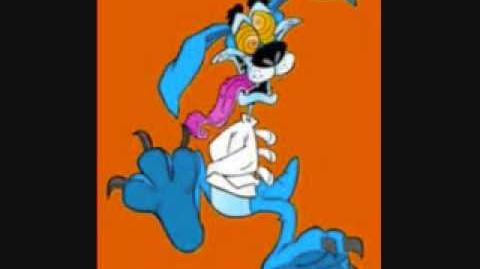 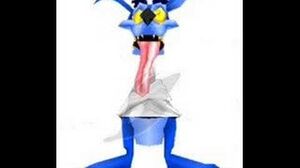 Retrieved from "https://villains.fandom.com/wiki/Ripper_Roo?oldid=3494313"
Community content is available under CC-BY-SA unless otherwise noted.