He was voiced by Yoshiki Nakajima.

Rirus Lippig made his first appearance at the docks right underneath the hostage exchange for the legendary guitar and since he gotten it he was about to deliver it to Don Arkage however the thanks to Noel for bringing the police's gear they transformed battle Rirus who used one of the treasure's ability to fire a barrage of logs at them however due to the new suits they were having a hard time battling him. After that he used all three of the treasure's ability to make a clean get away with the guitar.

A while later he appeared at his hideout waiting for the arrival of Don Arkage so he can deliver the stolen guitar to him, speaking of which Don Arkage arrived a bit late and he tells his plan to Rirus Lippig because this guitar that he now possess contains Hyper Planetium and with that power will allow them to conquer Earth. However unknown to the two they were being eaves dropped by three Kyurangers named Stinger, Hammie, and Spada. However before Don Arkage and Rirus leave with the stolen guitar they were stopped by the three Kyurangers and the arrivals of the thieves and two more members of the Kyurangers named Balance and Naga Ray.

With that said Don Arkage ask Rirus and the Pordermen to deal them while he makes his leave with the guitar. He managed to deflect the Kyurangers attack and ability, but he was then shot by thieves. A while later during the fight now with the proper gear, they manage to dodge Rirus' attacks and they manage to gain access to his three safes (which all three of his safes contains the same password and it is 8-2-1) and got three cellphones and they are Le bois norvègien (which translate as "Norwegian Wood"), Le feu inoubliable (which translate as "The Unforgettable Fire") and Une autre brique dans le mur (which translate as "Another Brick in the Wall"). After that, he was then destroyed by the combined attack of both the thieves and the Kyurangers. 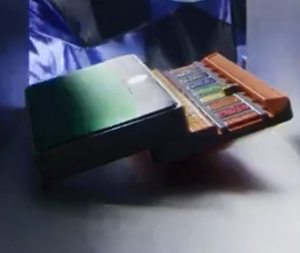 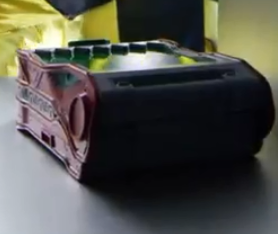 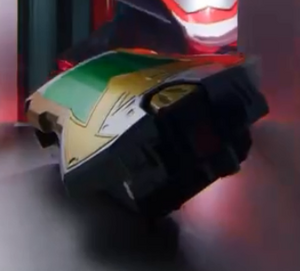 Retrieved from "https://villains.fandom.com/wiki/Rirus_Lippig?oldid=3585424"
Community content is available under CC-BY-SA unless otherwise noted.