King Zora (A Link to the Past)

Attacking anyone near their territory.

Get along with the other inhabitants in Hyrule.

River Zoras (Japanese: 川ゾーラ Kawa Zōra), also known simply as Zoras, are enemies in The Legend of Zelda series. Unlike the more friendly variants, most of these Zoras act hostile towards series protagonist Link and anyone else who comes within range of their territory. However, there are some River Zoras that desire to live in peace and are friendly towards others.

River Zoras can be found in various bodies of water in this game. But most of them are located at Lake Hylia and Zora's Lake. They will either fire projectiles at Link from their mouths or will emerge of from the water to attack if it is too shallow. The King Zora can be found at Zora's Lake but is non-hostile and will sell Link Zora's Flippers for 500 Rupees. The River Zora's Dark World equivalents are called Ku and behave in a similar manner.

River Zoras are found in the waters across Labrynna and Holodrum. In Oracle of Ages they coexist with their friendlier counterparts who live in the sea.

River Zoras will mostly appear at Martha's Bay firing projectiles from the water. A friendly one will also appear in Animal Village after Link obtains the Magnifying Lens and will either give him an item or take a photo with him after being discovered. He will then give Link a hint to where he can find another peaceful monster in hiding.

A Link Between Worlds

The River Zoras return again as enemies. However, the ones from Zora's Domain are kind and get along with Hylians. After Link retrieves Queen Oren's stolen Smooth Stone, she reveals that she tried to achieve peace between the River Zoras and the rest of Hyrule. But her attempts have left her kind divided, with some supporting the idea while others acting against it. The River Zora's Lorule counterparts are the Ku, who again behave in a similar manner to them.

River Zoras make their first appearance as enemies in this game. They are found in areas of the map with water.

The Adventure of Link

The River Zoras in this game are fought on land and act quite differently compared to other encounters in the series. They still fire projectiles but crawl around on all fours and can only be defeated using fire magic. In the Japanese version of the game, the can also be killed using Link's sword.

Two types of River Zora appear in this game: Green ones with two eyes and blue ones with a singular eye. While most of them perform their usual method of attack, the ones in the swamp will wait under lily pads and push off anyone on top of them. Three friendly River Zoras can also be found within Hyrule. One is located north of Kakariko Village and wants to be fed. The other two are actually to halves of the Queen of Fairies and need to be reunited so they can merge into their true form. 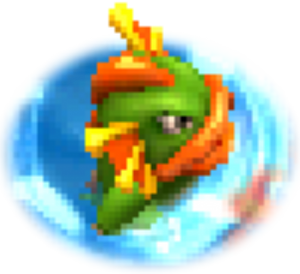 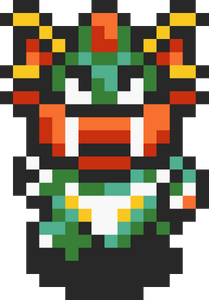 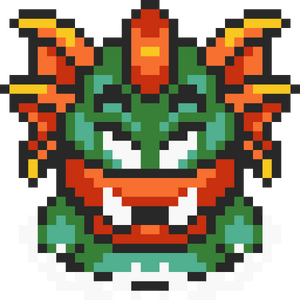 The friendly King Zora from A Link to the Past. 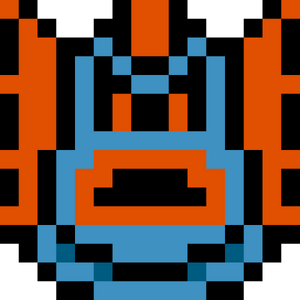 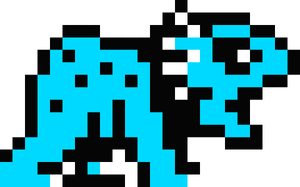 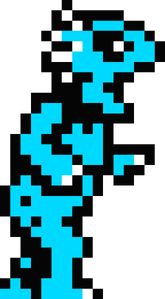 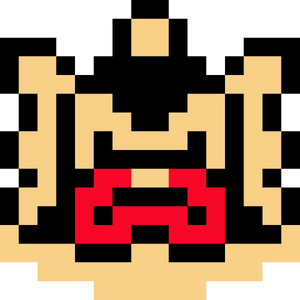 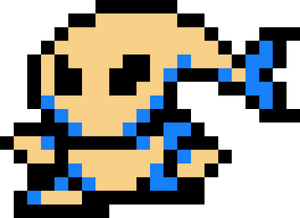 A Sea Zora from Oracle of Ages. A more peaceful variant of Zora. 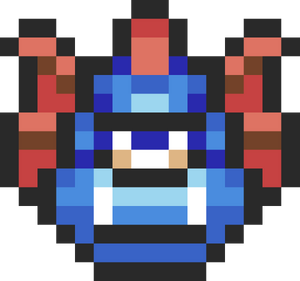 A one eye River Zora from Four Swords Adventures. 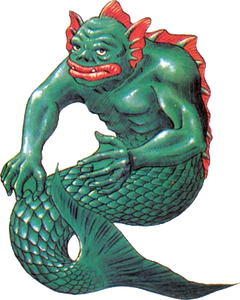 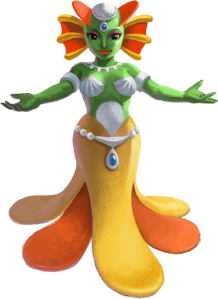 Oren, a friendly River Zora and Queen of Zora's Domain in A Link Between Worlds.