At a highway, a bus is making its way to Hot Wheels City until it is spotted by Road Pirates. The captain of the Road Pirates, Greasebeard, orders his crew to go after it. As they raid it, Greasebeard is about to introduce himself to the passengers until Scurvey butts in. This annoys Greasebeard, which makes him smack Scurvey upside the head with his wrench hand. As they pillage the bus, they see Team Hot Wheels, driving in Rev while building their race track. They drive after them, where they are led to Larry's garage. Once they entered Larry's secret lab, they find a giant vault in front of them, where it contains the vehicle, Rev. They try several ways to open it, but had no luck. As the vault finally opens from the inside, they see Larry with the key. In order to get the key from Larry, Greasebeard devises a way to break up Team Hot Wheels.

Before the race begins, Greasebeard keeps Wyatt as his hostage on a sidecar, keeping anyone from touching his vehicle. As the race starts, the Road Pirates decides to play dirty to their advantage. After failing from many tries to knock Team Hot Wheels out of the race, the pirates knock out other racers, making Team Hot Wheels save them. Greasebeard shows Wyatt that scene, telling him that's what happens for being a hero. He promises to free Wyatt if he joins him. Wyatt agrees, but as soon as Greasebeard releases him, Wyatt separated his cart from Greasebeard's vehicle, vowing to never join him. The Road Pirates take the lead, but are soon followed by Team Hot Wheels, now reunited with Wyatt. With no other choice, Greasebeard orders Swab to shoot detonators on top of Team Hot Wheels vehicles, causing them to explode, thus revealing Swab's true identity.

As the Road Pirates make their way towards the finish line, they see Larry in Wyatt's grandmother's car, who takes the finish line and drives away with it. At first, Larry and Wyatt's grandmother thought they lost the pirates, but soon the Road Pirates reappear in their pirate ship, terrorizing the old drivers with it. Suddenly, Team Hot Wheels arrives, driving in new cars that they recently created, and defends Larry and Candy Gram. Swab, who took a liking to Team Hot Wheels, betrays the Road Pirates and helps them. Swab then drives off with Gage, angering Greasebeard. He is about to tell his men to fire at them until he turns around and freaks out as he sees their ship's mast burning. Scurvey, after mistakenly hearing the word fire, orders the crew to fire their cannons, accidentally destroying their own ship in the process. The Road Pirates are sent flying over to prison, where they land in separate jail cells. Greasebeard, outraged by their defeat, strangles Scurvey with his wrench hand, wishing that he was never born.

The Road Pirates are ruthless, dangerous and unmerciful, so they would stop at nothing when it comes to collecting treasure and threatening people. The most ruthless pirate of them all is Greasebeard, the leader of the group, who plans on ruling Hot Wheels City, alongside his crew. He even planned on breaking up Team Hot Wheels by having one of his crew members take Wyatt's place. Longshanks is a mischievous pirate who likes to throw bombs a lot. However, it is shown that he doesn't really think it through when he threw a bomb in the aquarium section of the race, causing it to flood with water, which Rhett pointed that out. Tankard is shown to be aggressive. He is the biggest and strongest member of the Road Pirates who likes to bash things with his horned helmet. Grog is shown to be the grossest of the crew, who has a monstrous appetite. Scurvey is the least favorite of the Road Pirates. He is shown to be less evil, which embarrasses the Road Pirates, making Greasebeard abuse him. In the end, he mistakenly order the crew to fire, which leads to them being arrested. Swab is a monkey who was part of the Road Pirates. Greasebeard sent him to take Wyatt's place, in order to break up Team Hot Wheels. However, Swab enjoyed his time together with them, and decided to betray the pirates.

The Road Pirates are a band of criminals, who like to drive around in a big mobile pirate ship, enjoy terrorizing people, and cause mass destruction. Each member has their own personal vehicle to drive in with advance weaponry. 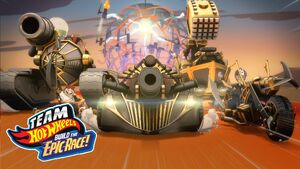 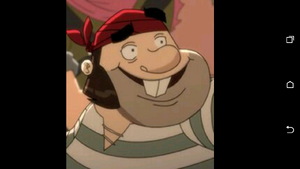 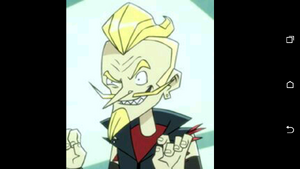 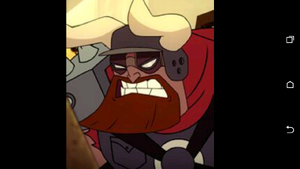 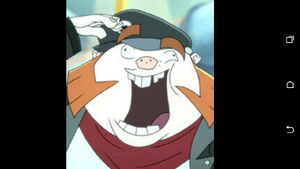 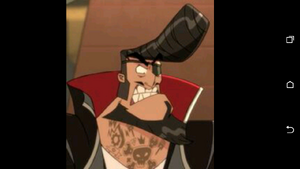 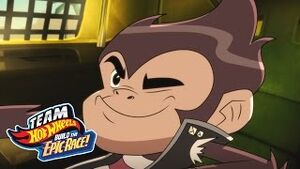 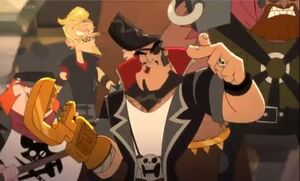 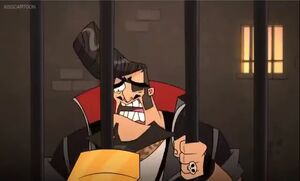 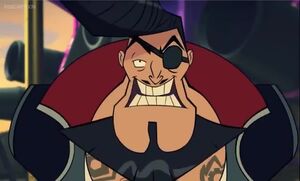 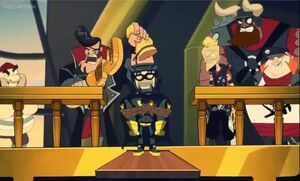 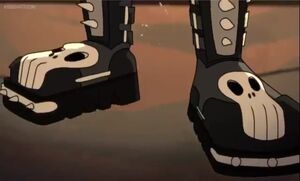 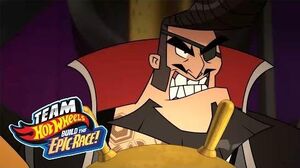 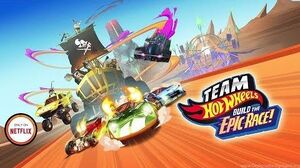 Team Hot Wheels Build the Epic Race
Add a photo to this gallery
Retrieved from "https://villains.fandom.com/wiki/Road_Pirates?oldid=3903707"
Community content is available under CC-BY-SA unless otherwise noted.