Priest of the Church of the Broken God

Powers over machinery, along with various abilities from his mechanical components

Reassemble the separated sects of the Broken Church.

Robert Bumaro is a major antagonist in the universe of the SCP Foundation. He is the leader of the Church of the Broken God who seeks to rebuild the Broken God through any means necessary.

(Note: Due to the lack of canon in the universe of the SCP Foundation, it is up to the reader to pick which part of the character's history is canon for their headcanon.)

The man who would become known as Robert Bumaro was originally an ancient human and prophet of the Broken God, and was seemingly one of the many citizen of the ancient city of Audapaupadopolis which was reigned over by Adam El Asem. Following the abandonment of the city, the prophet met a young Ion fleeing from the savage Daevites. He encouraged the boy to convert to Mekhanism and replace his body parts with machinery in order for his pain to cease, but Ion was reluctant and turned his offer down. Despite that the prophet wished Ion farewell, and warned Ion to never call for help to Yaldabaoth, but Ion would not listen to his warning.

Ion would eventually be granted the powers of flesh by Yaldabaoth and alongside his followers founded the religion of Nälkä. The prophet and the rest of the Mekhanites found out about this and confronted the Sarkites. When the Mekhanite faced the Grand Karcist he recognised him as the young boy he had met prior, now turned into an abomination. He was disappointed that Ion was now no different from the beast that had made his life miserable and sought to destroy this monstrosity.

During the Bronze Age, the two civilizations would battle one another for their respective ideals. There have been conflicting claims on how the Mekhanites won over the Sarkites:

So the Beasts Shall Plague the Land No More

During the latest war, Bumaro in order to defeat Ion for good, he infused himself with the God's Ichor (SCP-217) and with the Mekhanites battled countless Sarkites, with the Mekhanites giving their lives to defend Bumaro. Despite this, Bumaro was severly injured, but still marched on and eventually confronted Ion himself. Thinking he had the upper hand, Ion initially mocked Bumaro over his state and belief before trying to infect him with his flesh, but Bumaro acted fast and infected Ion's arm with his own metallic virus. Then Bumaro transformed himself becoming more of a match for Ion. He began repeatedly attacking Ion with his wrist-blade as Ion wasted all of flesh and bone weapons on him.

Ion tried to summon his Archon and monsters to deter Bumaro, but the prophet slayed all of them. He then cornered the Grand Karcist and nailed his hammer through Ion's torso. Ion began laughing, but Bumaro soon decapitated him and infected his still living head with his virus, putting an end to the war.

Following the fall of Gyaros at the hands of the Sarkites, Bumaro stood besides his master the high priest who was succumbing to the Sarkite infection. The priest told Bumora that he had manipulated their scriptures which had been stolen by their enemies in order to fool them and set a trap for them and his last request for Bumaro was to bring the goddess' Broken Heart to Ion. Bumaro decided that he would do so and as he carried the heart through the destroyed road of Akrotiri he was ambushed by Orok.

Orok brought both Bumaro and the heart to Ion and Lovataar in Kythera. After healing Bumaro Ion began using his power to try to corrupt the heart, but instead it retaliated against him and soon the heart began destroying all of the surrounding Sarkites. As Ion was being covered by the eruption of a volcano Bumaro began taunting the Grand Karcist telling that he will imprisoned underneath forever while his faithful slowly died off.

Following Ion's temporarily defeat, the Mekhanites drove the remaining Sarkites to their kingdom of Adytum which was then cut from reality, ending up in the Archon's dimension.

During the Second Punic War, Bumaro helped the Carthaginian in building a gigantic war elephant for Hasdrubal to use against Rome.

Around 1942, following the disastrous event regarding SCP-001, Bumo broke inside personal shrine of Robert Bumaro, the current leader of the Broken Church at the time, and waited for him. When he finally confronted Robert he heavily scolded Robert for failing to resurrect their god. He was soon joined by Triunnion and another man and all three of them cornered Bumaro. Robert tried to justify himself, but seeing that he was at their mercy he tried to retaliate to no avail. The three decided to punish Robert by locking him away, but not before the ancient Mekhanite stole Robert's name in order to integrate more easily with the modern church.

After reading a letter sent from a boy whose dysfunctional family had members in all of the Church's denominations, Bumaro decided to arrange a meeting with the leaders from the Cogwork Orthodox Church and the Church of Maxwellism. However, as it was expected the meeting was full of tension and hostility which eventually resulted in Saint Hedwig of the Maxwellist being injured by a member of the Orthodox Church. This accident raised awareness between the participants and Bumaro took the opportunity to explain that it doesn't matter the manner that they worship Mekhane as they all have one goal and should reunite for their common noble goal, to which all of attendants agreed. Bumaro also tried to contact with the surviving members of the Xia Dynasty, but they turned his offer down.

When SCP Foundation discovered Mekhane's forge they designated it SCP-2217 and blocked it off from public eyes. However, all three denominations lead by Bumaro attacked the Foundation site with their full force and after some struggle they managed to retrieve the Forge from the Foundation. As the Foundation planned to take back SCP-2217 with the help of the Global Occult Coalition and the Horizon Initiative, SCP-610 began breaching containment. The three organizations were unable to contain the threat until the Church of the Broken God used SCP-2217 to recontain SCP-610, and following that Bumaro contacted the leaders of the organizations suggesting that they all reunite to fight the threat of Sarkicism together. The organizations agreed and named their new alliance the "Triumvirate".

Most of Bumaro's powers are heavily derived from his infection from SCP-217, also known as God's Ichor, which mutated him and turned his blood into a biomechanical liquid which not only mimicked blood, but also has similar digestive properties to SCP-882. After being infected by the Clockwork Virus, Bumaro gained superhuman powers such as superhuman strength, speed and durability. Bumaro was capable of defeating Ion who was a reality-bender and the most powerful of the Sarkites, and Bumaro was capable of throwing his hammer which stroke Ion to the ground. Bumaro was so fast that he grabbed Ion before the latter could react and easily dodged three monsters who were trying to crush him. He was also unable to feel pain anymore allowing him to proceed through Sarkite attacks without reacting, and every time he got harmed metal would just grow from his wounds effectively regenerating him. His infection also allowed Bumaro to paralyze his opponents with his touch for a time, shape his body parts into metal-based weaponry such as claws, spikes and blades. Bumaro could also spread his infection to other people such as Ion who used all of his powers to fight it off, and although he was never seen exhibiting this type of power it is presumed that Bumaro can also control machinery. After forming an alliance with the Maxwellists, Bumaro was seemingly also capable of transporting his mind into the network, allowing him to leave his body and explore the world wide web.

Bumaro is shown to be extremely devout to his religion, as he has dedicated his entire life in serving his god. He is determined to rebuild the broken god and exterminate the flesh plaguing humanity with whatever means necessary. He is ready to commit whatever crime necessary to achieve his goals thinking the ends will justify the means. Even though he and his church caused major troubles to groups such as the SCP Foundation, he is not ruthless as he somewhat values the lives innocent people and especially those of fellow worshippers from the other sects, seeing them as equal. He tried hard to declare peace between the different sects, believing that together they could achieve their common, and was even ready to form alliances with other groups outside of the church such as the Foundation Elimination Coalition and the Triumvirate in order accomplish his own goals all in service of Mekhane. 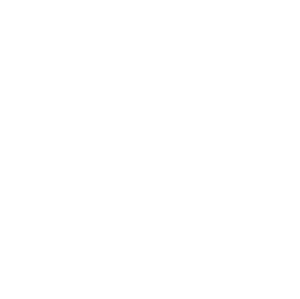 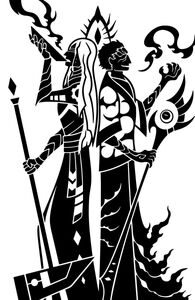 Bumaro and the Grand Karcist Ion. 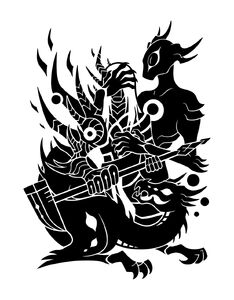 Robert Bumaro and an Archon 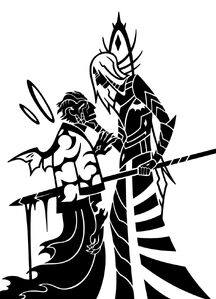 Bumaro killing Ion from the tale "So the Beasts Shall Plague the Land No More". 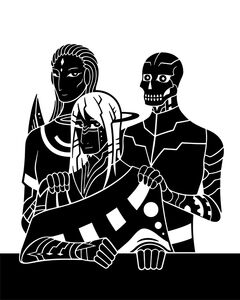 Robert Bumaro with Hedwig and Trunnion. 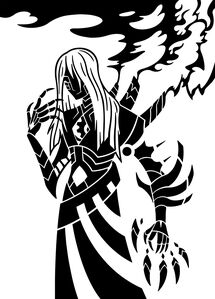 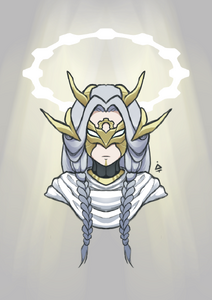 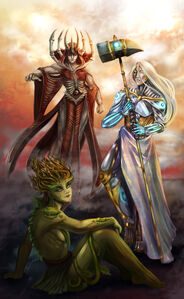 Robert Bumaro with Ion and a member of the Cult of the Great Green God. 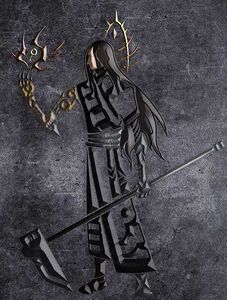 An image of Bumaro engraved on the container of SCP-2834. 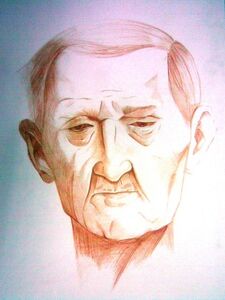 A drawing of Robert Bumaro shortly before his death. 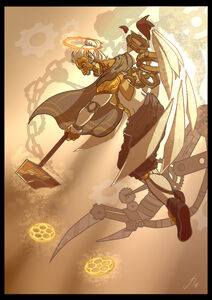 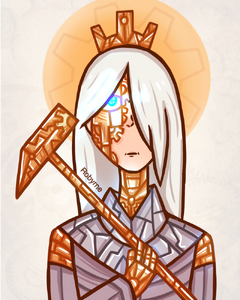 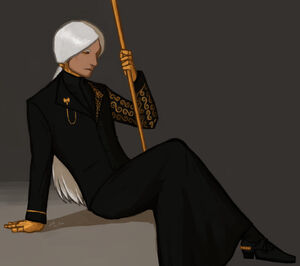 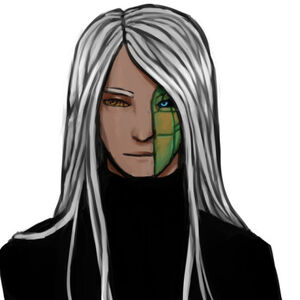 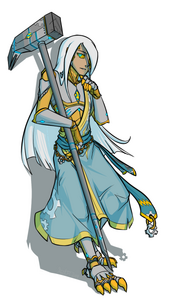 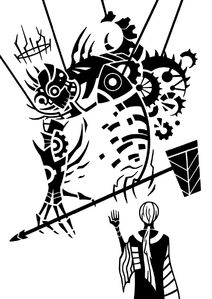 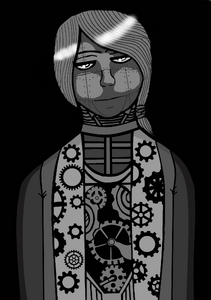 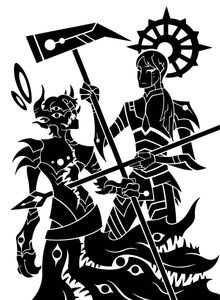