Transfer his mind into a computer program to extend his life (succeeded).

Convince his grandson, Bobby, to put him online in order to access information from various sources (succeeded).
Transfer his consciousness into Bobby and live a second life while continue running his company (failed).
Kill Batman (failed).

Robert Vance is the main antagonist in the Batman Beyond episode "Lost Soul". He was a pioneer in digital technology and the founder of his own company called Vance Industries. Vance stored his consciousness, via brain impulses, into a computer program and would later become an artificial intelligence.

He was voiced by Stacy Keach, who previously voiced Phantasm in Batman: Mask of the Phantasm, and played Cameron Alexander in American History X and Ken Titus in Titus.

Robert Vance is a cunning, sly, ruthless, manipulative, and uncaring individual who will attempt to complete his goals no matter what the cost. He was even willing to kill his own grandson, Bobby Vance, in an attempt to store his consciousness into Bobby's body and to extend his life in order to continue running his company. Vance also knew he would be shut down by the investors of his company and prepared to continue his plan while he was dormant for several years.

At a young age, Robert Vance created his own software company and was a prominent pioneer in the digital technology business. However as he got older, he suffered from a brain disorder which prompted him to digitize his brain impulses into an artificial intelligence program that would serve as a guide to his corporation. Despite this seemingly noble decision, Vance had a hidden agenda: after the company's investors shut him down, he would lay dormant for 30 years and wait to enact his plan.

35 years later, his grandson Bobby Vance started the program so he can properly manage the company (due to Vance's son passing away recently). Vance is able to convince Bobby to put him online and stated that he wanted to do some exploring. However, he quickly gathered information from various resources so he can transfer his consciousness into Bobby's body and run his company again.

Batman attempted to cut his power supply, however Vance blasted Batman which caused his program to be downloaded into his suit. Vance took the suit over and nearly drowned Batman until Bruce Wayne activated the suit's kill switch. Vance then abducted Bobby to complete his plan.

In the Bat Suit, Vance was invincible, however his only weakness was magnetism which Batman exploited once he noticed it. Batman pierced the suit with a steel bar and plugged it to a magnetic device which terminated Vance's program from the suit. Vance was then lost forever. 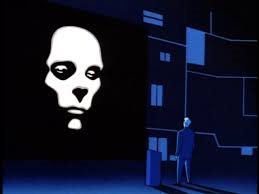 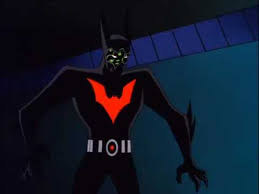 Robert Vance when he was human 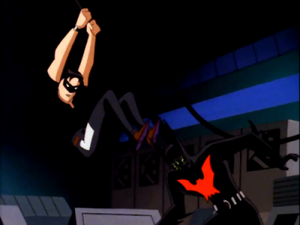 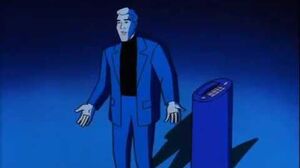 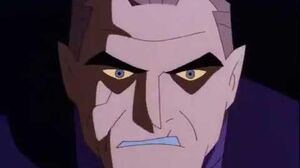 Batman Beyond The Batsuit is taken over 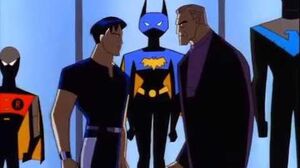 Batman Beyond The Batsuit escapes 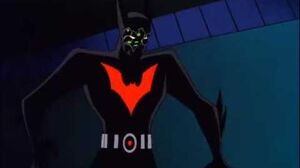 Batman Beyond Terry vs The Batsuit