See the "scenery of the end" (both failed).

Adolf Reinhart, also known as Roberto, is one of the two secondary antagonists (along with Christof Sievernich) in the manga and anime series Monster. He is Johan Liebert's right-hand man, personal bodyguard, and loyal hitman. Roberto is also an admirer of Johan and is the most loyal of his henchmen.

He is voiced by Nobuyuki Katsube in the Japanese version, and by JB Blanc in the English dubbed version.

Roberto, by his original name "Adolf Reinhart", is Karel Ranke's nephew and an orphan in the Kinderheim 511 orphanage. Roberto's mother and father were shot and killed while trying to cross the Berlin Wall, leaving their son without any parents to turn to. Due to this tragedy, Ranke signed the papers to send Adolf to Kinderheim 511 under the impression that it would be a wonderful environment for him, as the institution was considered the ideal training ground for raising children with good backgrounds into the future communist elite.

Around 1963, Roberto entered the orphanage and became close friends with Wolfgang Grimmer who was also of the same generation. During his time in the orphanage, Roberto loved playing with bugs, especially butterflies, and once dreamed of becoming an entomologist. Years later, Roberto became a hitman and joined Johan as his partner-in-crime.

Roberto was extremely detached from reality no matter what happened in his life until he met a handsome blonde young man. He seems to find comfort in having his destiny chosen for him as long as it's chosen by Johan. Presumably, he does not want to disappoint Johan in a way that someone might not want to disappoint his/her mentor, boss, muse, savior, or God. He certainly wants to serve a function and that is to make both his and Johan's lives enriched at the expense of others. This shows that Roberto is extremely loyal and obedient to Johan and his goals.

Roberto is highly callous, as he takes joy in sadistic glee and murder. He is easy-going and carefree for the most part, but when he's irritated his aggression shows. Most of the time, however, he is calm and isn't afraid of death in comparison to a normal human.

Roberto knows how to intimidate people, resulting in his target feeling nervous and afraid for their life. Like Johan, he also enjoys watching his victims suffer from fear. 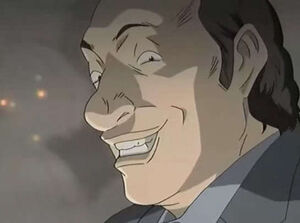 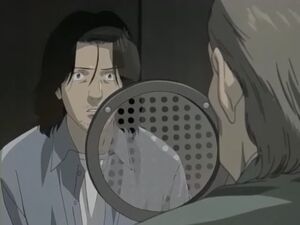 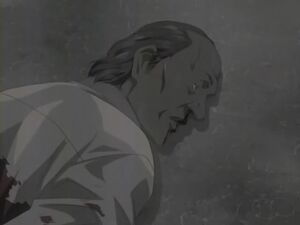