It's vocal effects are provided by Tom Kenny.

The Bad Guy Club for Villains

The Robot Mantis also has a minor appearance as a action figure, in Season 12, on the episode Swamp Mates.

The Robot Mantis is among the villains that audition to join Every Villain Is Lemons. He showed off his talent by turning Gramma's piano into different instruments to play. Man Ray was infuriated with what happened to the piano as he just tuned it and zaps the Robot Mantis.

The Robot Mantis made few appearances in SpongeBob comics:

In SpongeBob Comics Annual Super-Giant Swimtacular No. 1, The Robot Mantis appears, in a bonus gallery poster, where the heroes and villains from SpongeBob Squarepants, are having a battle between each other.

At the SpongeBob Freestyle Funnies 2018 front cover, The Robot Mantis is seen with numerous other villains, gathering around SpongeBob with a Mermaid Man flag in his hand. 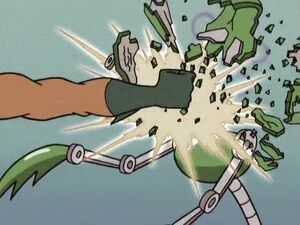 Robot Mantis getting it's head punched off. 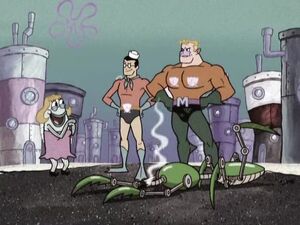 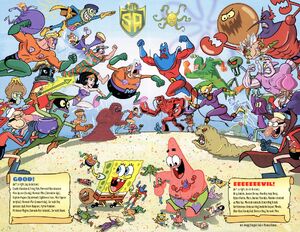 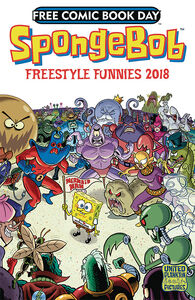 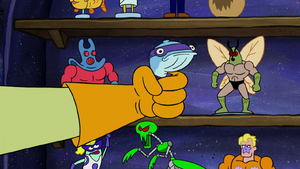