The Robot Princess (real name: Robot Princess Toadstool) was robotic double of Princess Peach Toadstool, ruler of the Mushroom Kingdom. She is a villainess in theanimated show Super Mario Bros. 3. She does not possess any powers at all, besides being a Master Manipulator, and therefore, she sides with King Bowser. She is always capable of trash-talking to her subjects. 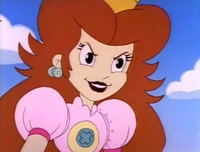 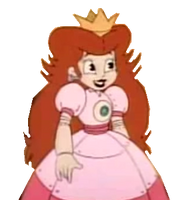 Render.
Add a photo to this gallery
Retrieved from "https://villains.fandom.com/wiki/Robot_Princess?oldid=1765236"
Community content is available under CC-BY-SA unless otherwise noted.