Villains Wiki
Register
Don't have an account?
Sign In
Advertisement
in: Doctor Who Villains, Monsters, Artificial Intelligence,
and 10 more

Armed with Web-guns (type I)

AI Monsters
The Yeti are robots created by The Great Intelligence and are recurring villains in Doctor Who.

In the Himalayas in 1935 the Great Intelligence controlled the minds of a group of Buddhist monks and made them build the robotic yeti. The yeti are controlled by small control spheres inside of them. The Yeti were initially a ruse to ward off any curiosity seekers from the mountain cave where the Intelligence focused on his agenda. Later they became more of an army programmed to serve the Great Intelligence. Yetis were later encountered by the Second Doctor, Jamie, Victoria, and Professor Travers. When the pyramid of control spheres was smashed by Jamie all the yeti were deactivated and the Intelligence was dispelled.

In the Lethbridge-Stewart novel Times Squad, the Intelligence took over the body of Jemba-Wa and uses him to build more robot yetis. The first individual to be built was a white-furred robot named Kabadom.

The Web of Fear

One yeti and a control sphere survived and was kept by Travers, however the Intelligence used it to return and refurbish it into Mark II type Yeti. The yeti was used to make taller, slimmer yetis and the Intelligence now became a large poison web. He then sent the yeti to invade England where they waged war against the military led by Colonel Lethbridge Stewart. However he along with the Second Doctor, Jamie, and Victoria.

During the Second Doctor's trial the Yeti were used as an example of the many things he saved the universe from.

The Second Doctor and the Brigadier encountered a Yeti in a cave in the Death Zone on Gallifrey. It attacked them, however the Doctor used a firework to distract it and cave it in.

A robotic yeti attended Bonjaxx's birthday party at Maruthea. It drank a martini while some of the party-goers fought.

In this timeline, the First Doctor never have left Gallifrey but instead becomes Lord President. The Yetis were one of many adversary forces that invades Earth, and fought over the planet with invaders of various alien races. This timeline was destroyed when the Seventh Doctor retrieved the Key to Time. 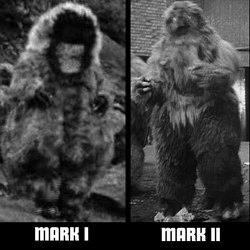 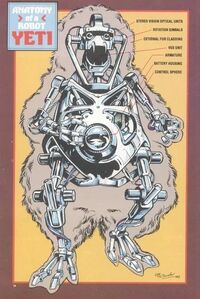 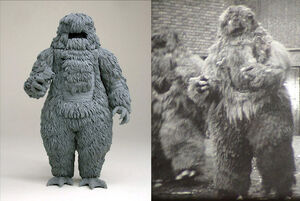 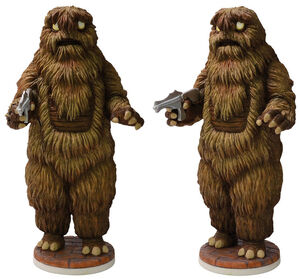 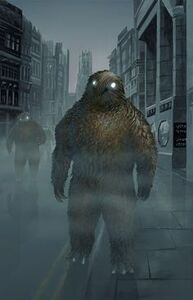