King of the Walls
The King
King Reiss
Master (by Alma)

Ruler of the Walls

Spending his time with his family.

Take Historia and Alma back to his household.

Make Historia eat Eren so she can become "God" (The Founding Titan under the influence of the First King's Vow).
Avenge his family (all failed).

Rod Reiss is a major antagonist in Attack on Titan, serving as the main antagonist of the Uprising Arc. He is also the father of Historia Reiss, formerly known as "Krista Lenz". He is the real King of the Walls and uses a false royal family under a false puppet, presented as the Fritz family, to hide his true power. He is also the true reason why the Military Police Brigade wanted Eren Yeager so badly during the Female Titan arc, making him the unseen overarching antagonist of the arc.

He is a member of the royal family, the only family who can successfully use the true power of the Founding Titan. When the First King of the Walls erased the memories of the caged humanity, the Fritz family changed their name in Reiss to hide their origins, whilst inserting a line of figureheads to the throne.

He is voiced by Yusaku Yara in the Japanese version of the anime and Kenny Green in the English version.

Rod is a short elderly man, standing at a height of 158 cm (similar to Historia), however, he is rather overweighted, with a weight of 68 kg. Rod usually wears white button-front shirt with a black pullover vest, loose black pants and black dress shoes.

As a titan, Rod is known to be the tallest titan known in the Attack on titan franchise, standing 120 meters which is 2 times the size of the Colossal Titan, however, due to it's immense size, Rod's titan is unable to stand, making his whole body exposed, showing it's internal organs.

Rod was the eldest son of Mr. Reiss, the holder of the mysterious Coordinate at the time. Some time later, he was joined by a younger brother, Uri. Uri and Rod constantly begged their father to release humanity from their encagement, but he always refused, never disclosing why. It apparently had been so many times that Rod was locked behind bars for his attempts, and it is implied to have happened more than once. When it came time for his father to pass his position to a son, Uri volunteered, asking Rod to pray. After Rod observed his father's presence in Uri the moment his brother had opened his eyes, he realized he had become an all-knowing being and protector of the world; God. On his brother's promise, Rod had devoted his time to protecting God and offering his prayers to it.

When Rod was still a young boy, he met Kenny Ackerman when he tried to kill his brother and former king, Uri Reiss. Despite Rod telling Uri several times that they should kill him, especially if he was an Ackerman, Uri refused and apologized to Kenny. This created a bond between the two and Kenny became a servant of the Royal Family, especially to Rod. Sometime after this, Rod married an unnamed woman and had five children with her: Frieda; Ulkin; Dirk; Abel; and Florian.

Rod Reiss conceived Historia with Alma, one of his maids. When Historia was discovered, his mistress and daughter were exiled to a land that he leased to Historia's maternal grandparents.

On the day that Wall Maria fell to the Armored and Colossal Titan's attack, the entire Reiss family went to a chapel to pray in a secret underground area. However, somehow Grisha Yeager appeared and engaged Frieda Reiss in combat. Though Frieda possessed the powers of the Coordinate, she was eaten by Grisha. Grisha then proceeded to kill the rest of the Reiss bloodline, even the children, with only Rod escaping, blindly fleeing as his family was killed.

Rod is seen with Kenny Ackerman in the Reiss underground chamber. He unlocks Eren's lost memories of being transformed into a Titan and devouring his father, Grisha. He also remembers what his father did, as the memories of the Reiss massacre come pouring back to him.

Rod states that he can't become a shifter, whether due to blood or choice is unknown. He tries to convince his daughter Historia to eat Eren and become a God like her uncle Uri had become.

Though she nearly does it, she throw the syringe down at the last moment, freeing Eren. An emotional unstable Rod Reiss then attempts to lick the serum off the ground, and begins to transform into a Titan.

The now enormous Rod Reiss begins to crawl towards the Orvud District, where the steam generated from his body would destroy the District. At dawn, the Garrison and Survey Corps begin their assault as the manage to blow off his head and nape. The final blow is committed by his bastard daughter, Historia, as she slices her in the nape. 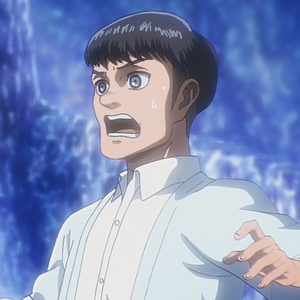 A younger and slimmer Rod Reiss in 829. 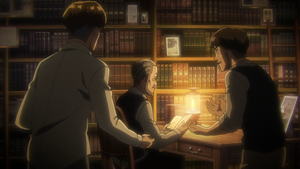 Rod and his brother Uri plead with their father to free humanity from the Titans. 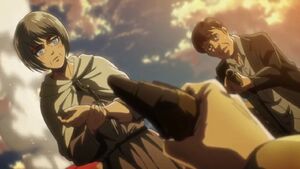 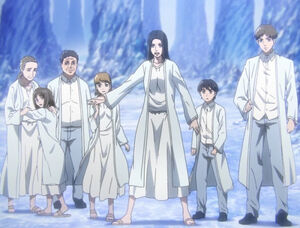 Rod with his wife, sons and daughters. 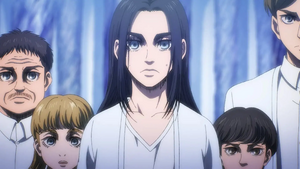 Rod, Frieda and the rest of the family listen to Grisha Yeager's plead. 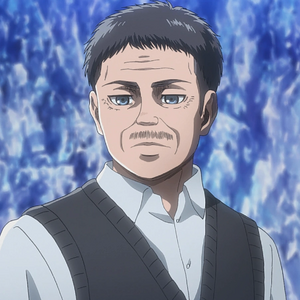 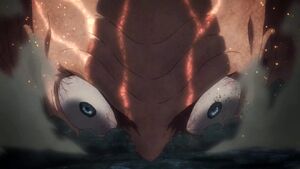 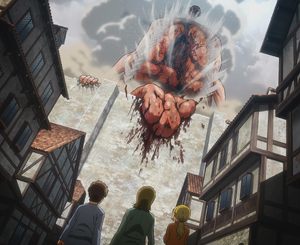 The self-injured Rod's Titan looming over the Wall at Orvud District.