Leader in Umbrella Paris' Security Force of the Umbrella Corporation

Release Claire and let her get out of the island. (succeeded)
Tell Chris where his sister Claire is. (succeeded)

Rodrigo Juan Raval was a minor antagonist turned anti-hero in Resident Evil: Code Veronica. He was a Team Leader in Umbrella Paris' Security Force of the Umbrella Corporation, assigned as the commanding officer of the 3rd Security Unit.

He was voiced by Martin Roach.

Prior the game's events, Rodrigo was born in a small native village in Rockfort Island, with his relatives named Robert and Maria. However, the village was destroyed by Umbrella's forces and purchased the island, forcing Rodrigo and the villagers to leave the island. Rodrigo had nowhere else to go or no other choice, but decide to joined Umbrella as one of their security forces.

When Claire Redfield infiltrated Umbrella territory and killed numerous Umbrella soldiers, Rodrigo managed to capture her. Later on, he decided to let Claire out and then survived the explosion Alfred Ashford set up. He found his way down to the underground cavern, until Chris Redfield arrived in search for his sister. Rodrigo told Chris about her, a Gulp Worm then arrived and swallowed up Raval. Chris killed the worm, Rodrigo was spat out but he was dying since the chemicals inside the worm's stomach was fatal. Rodrigo told Chris she's in Antarctica and that he should go find her. During his final moments, Raval gave Claire's lighter back to Chris and then slumped to the ground.

Rodrigo was kind hearted man of great conscience. After the T-Virus outbreak started, Rodrigo was shocked quickly after seeing the monsters killing his squad. The outbreak causes Rodrigo to believed this is what Umbrella deserved and it should be.

He released Claire, because if she died on Rockfort it would be his fault due to him being responsible for her capture. He starts to believing in Claire's cause to bring down Umbrella into justice, and possibly making Rodrigo thinking about what Umbrella did to his family and his village all those years ago. Rodrigo begins to regretted and ignoring his conscience while serving to Umbrella, all for his own greed.

While facing this, Rodrigo did intended to blame anyone but himself. Even giving Claire the lockpick in return for giving him the hemostatic. 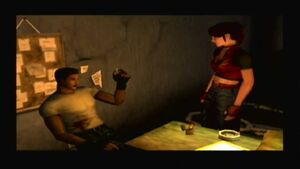 Rodrigo giving the lockpick to Claire. 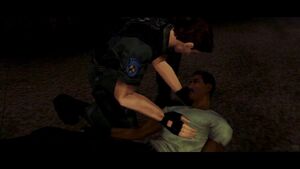 Rodrigo telling Chris where Claire is. 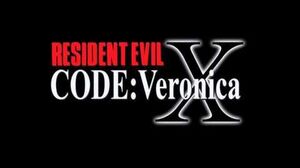 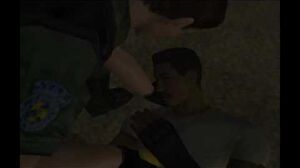 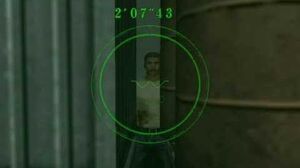