Roidmude 004 is a major antagonist in Kamen Rider Drive. It was originally a Low-Class Spider Type Roidmude, a series of 108 robots created by Tenjuro Banno, before being specifically programmed by Banno with knowledge of his plans, making him his right-hand man.

He was voiced/portrayed by Chris Peppler, who also played the real Krim Steinbelt/Mr. Belt.

Roidmude 004 was programmed by Tenjuro Banno in his plans without Krim's knowledge. He was also implanted with a chip that contained negative aspects of a human being, after Banno's partnership with Krim ended awry. When the first three Roidmudes attacked Krim Steinbelt's residence, 004 was also present, and copied Krim Steinbelt's appearance upon his death. Krim's memories were inaccessible to 004 due to being corrupted. However, 004 was able to retain Krim's intelligence. Roidmude 004 would later deactivate sometime after the Global Freeze. When Banno was reawakened by Go after he stole the tablet containing his essence, Banno reactivated 004 and made him his personal assistant.

Resurfacing from the shadows, Roidmude 004 kidnapped Krim and knocked Shinnosuke unconscious after he was weakened by the sudden betrayal of Go's father, Tenjuro Banno.

Using Krim's intellectual prowess, 004 created another Drive Driver with extra functionality and allowed Banno's consciousness to reside in the driver. 004 also added a virus onto the real Drive Driver that caused Krim to become evil.

004 is present alongside Brain, Heart, Medic, and Banno when they attempt to power up the Sigma Circular. He was defeated by Drive Type Tridoron Attack 1.2.3's TriDrop Rider Kick. Despite surviving from the attack, 004 self-destructs in an attempt to kill all of the Riders when they were dazed by a whirlwind, but they are saved when Deadheat Mach uses his power to knock the others away and takes a safe distance before it blows up. 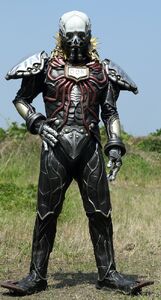 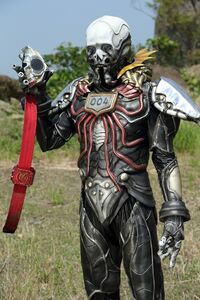 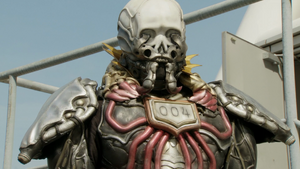 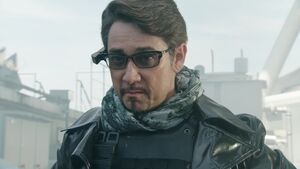