Monster
Roidmude 011 is a Low-Class Bat-Type Giant Roidmude and a minor antagonist in the movie Kamen Rider Drive: Surprise Future.

Roidmude 011 was transformed into a Berserk Body by Roidmude 108. In his Berserk Body he attacked a harbor, causing Shinnosuke Tomari to go and stop the Roidmude. Transforming into Kamen Rider Drive Booster Tridoron, Shinnosuke fought 011 in a dogfight that eventually took them to an industrial area. To destroy the Roidmude without damaging the surrounding area, Drive decreased the power of Trailer-Hou.

Right before he could finish off the Roidmude, Eiji Tomari appeared and interrupted Drive before he could fire. However, Mr. Belt then went berserk and hit 011 with the Trailer-Hou, setting off an explosion that destroyed the whole industrial area. Following his demise, 011 was added to the Eradicated Roidmude Table. 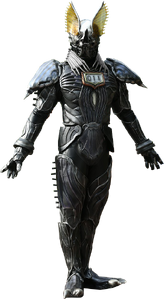 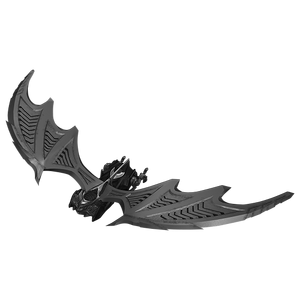