Roidmude 027 also known as Imitation Drive is a Low Class Spider-Type Roidmude who transforms into a fake version of Kamen Rider Drive and the main antagonist of Type HIGH SPEED! The True Power! Type High Speed is Born!.

He was portrayed by Tomokazu Seki.

Roidmude 027 scammed people by selling them fake copies of the Televi-kun magazine known as "Tevile-kun". His stash of boxes of Tevile-kun magazines was soon uncovered by Shinnosuke and Kiriko. When Shinnosuke transforms to fight the Roidmude, 027 copies the data of the Drive Driver and Shift Brace, and uses it to replicate the gear and transform into Imitation Drive.

As Imitation Drive, 027 committed crimes under the cover of his new identity including stealing and vandalism. He soon went back to selling more copies of Tevile-kun, but was stopped again by the real Kamen Rider Drive after he obtained a new form, Type High Speed. After Drive disabled his ability to transform into Imitation Drive 027 was destroyed by Kamen Rider Drive Type High Speed. 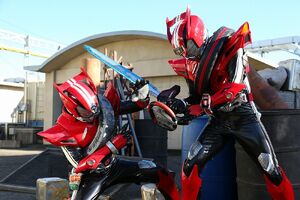 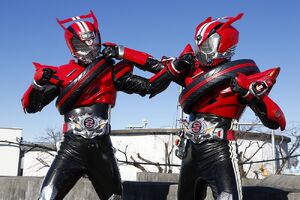 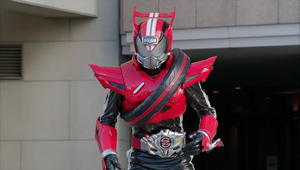 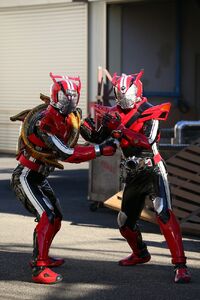