Raiding food trucks with his "siblings".

Minion
Roidmude 060 is a Low Class Spider-Type Roidmude who is one of the Crush Roidmude's "siblings" and a minor antagonist in Kamen Rider Drive.

He was portrayed by Dancho Yasuda.

Roidmude 060 assisted his "siblings" the Crush Roidmude and Roidmude 074 in raiding delivery trucks containing food. However, after discovering that Font-R trucks contained smuggled explosives, the three became addicted to it and began attacking trucks belonging to Font-R to consume their explosives instead. As they were attacking one of the trucks however, Kamen Rider Drive ambushed them and fought 060 and 074 while Crush looked for the hidden explosives. After finding them, Crush told his lackeys to retreat but before 060 could come along he was destroyed by Drive. 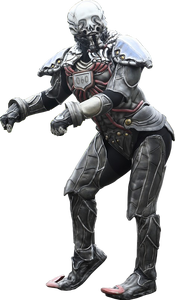 Roidmude 060
Add a photo to this gallery 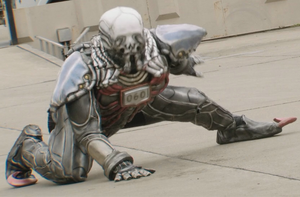 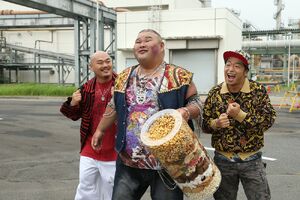 Retrieved from "https://villains.fandom.com/wiki/Roidmude_060?oldid=4165700"
Community content is available under CC-BY-SA unless otherwise noted.