Minion
Roidmude 074 was a Low-Class Cobra-Type Roidmude serving as one of the Crush Roidmude's lackeys and a minor antagonist in Kamen Rider Drive.

He was played by Kuro-chan.

074 was among the Roidmudes who were destroyed by Kamen Rider Protodrive and the Shift Cars during the Global Freeze. However, Because their Cores were not destroyed, they survived and were restored by the Medic Roidmude.

Later, he and his "siblings", the Crush Roidmude and Roidmude 060 attacked delivery trucks of food supplements. However, they discovered and consumed explosives that Font-R smuggled in their trucks and became addicted to it. However, Kamen Rider Drive arrived and fought them while Crush search for more explosives. Finding more, he told his companions to retreat. 074 and Crush survived but 060 was destroyed along with his Core. The two later destroyed Font-R factory for the explosives and fought Drive again. O74 consumed three Cobra Viral Cores, transforming into a Giant Cobra Roidmude. He was defeated by Drive, using the Tridoron Type Wild. 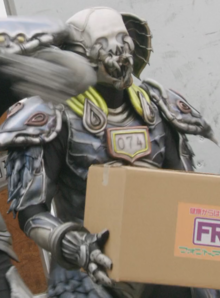 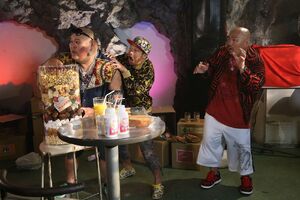