Create the History Modifying Machine.
Defeat Drive and the Ninningers.

Roidmude 089 (Japanese: ロイミュード０８９ Roimyūdo Zero Hachi Kyū), is a Spider-Type Roidmude and the main antagonist of the Shuriken Sentai Ninninger Vs. Kamen Rider Drive Spring Vacation One-Hour Combining Special. He assumes the form of Doctor D, scientist who worked for Gel-Shocker, and hosts an alliance between Shocker and Kyuemon Izayoi, appearing on behalf of Kibaoni Army Corps.

He was portrayed by Yūji Kishi.

At some point, Roidmude 089 became affiliated with Shocker, and took the form of Doctor D as his human guise. With his knowledge, he was able to figure out how to manipulate history. Using this, he brought Shocker closer to its goals by bringing the Ninningers and Kyuemon from the world of Super Sentai. Their combined efforts would result in the creation of Yokai Buruburu. While the Ninningers fought the Yokai, 089 attacked Drive alongside his lackeys, Roidmude 016 and Roidmude 057. Once Buruburu was destroyed, Kyuemon gave him the Sealing Shuriken to thank him for his help.

He then uses the Sealing Shuriken to obtain his advanced form, Shocker Buruburu. With his new form, he attacks four of the Ninningers. He was later defeated by the combined force of Drive Type Formula's Trailer Impact and Deadheat Mach's Rider Shooting. 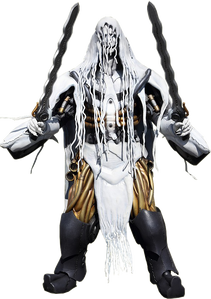 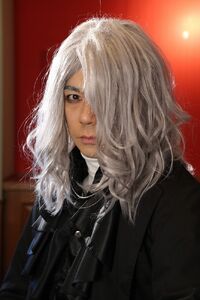 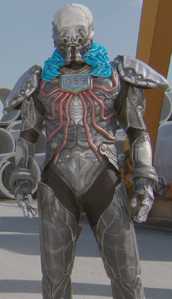 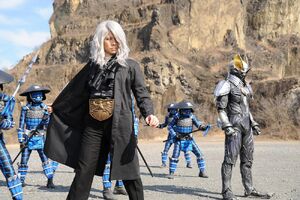 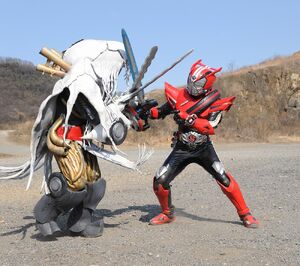